Germany raises defense spending as it demands clear agenda from US

German Defense Minister Ursula von der Leyen has called on the US to clarify its foreign policy agenda. Questions on transatlantic relations abound as Donald Trump prepares to take over the White House. 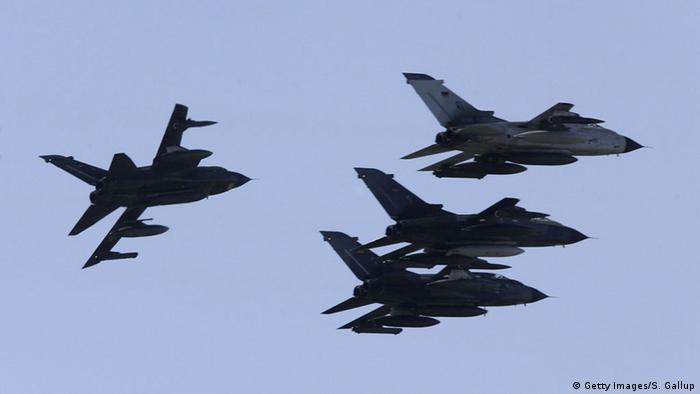 Von der Leyen defended NATO and the transatlantic relationship on Wednesday while calling for clarification from the incoming Trump administration regarding its policy toward Europe.

In an interview with German broadcaster NTV, von der Leyen, a member of Chancellor Angela Merkel's Christian Democratic Union (CDU), delivered a message to Trump's team. "We want the Americans to be clear, 'What is your agenda,'" she said. "The most important thing...is reliability."

Last weekend, Trump said in an interview that the North Atlantic Treaty Organization, or NATO, was "obsolete" - even as the intergovernmental military alliance remains one of the pillars of post-World War II transatlantic relations.

Defense minister Ursula von der Leyen has urged US president elect Donald Trump to see NATO as an alliance of shared values and not as a business. She also said he needed to clarify his position on Russia. (11.11.2016)

NATO head Jens Stoltenberg has played down concerns that Donald Trump will scale back Washington's role within the alliance. He told defense ministers in Brussels that he expects Trump to "live up to all commitments." (15.11.2016)

Also during her interview with NTV, von der Leyen announced that Germany was upping its military budget by almost 2 billion euros ($2.1 billion) in 2017 to 37 billion euros. That sum is equal to 1.22 percent of German gross domestic product.

The total is expected to reach over 39 billion euros by 2020. "We're moving in the right direction, but we can't do it in one year," she said.

This isn't the first time the defense minister has addressed concerns over Trump's attitude toward NATO. In November, shortly after the New York real estate mogul's victory in the presidential elections, von der Leyen said Trump needed to understand what NATO was - and what it wasn't.

"What his advisors will hopefully tell him and what he needs to learn is that NATO isn't just a business. It's not a company," she said in an interview with broadcaster ZDF. "I don't know how he values NATO."

Trump said throughout the campaign that NATO members weren't contributing enough financially to the military organization. The US pays just over 22 percent of the cost of its spending. Germany pays over 14 percent of NATO spending.