Calls for Bundeswehr to reallocate resources from refugee care to NATO missions | Germany | News and in-depth reporting from Berlin and beyond | DW | 28.12.2015

The German Armed Forces Association has urged withdrawing thousands of soldiers from refugee care tasks and has called for boosting the number of recruits in the light of increased military obligations. 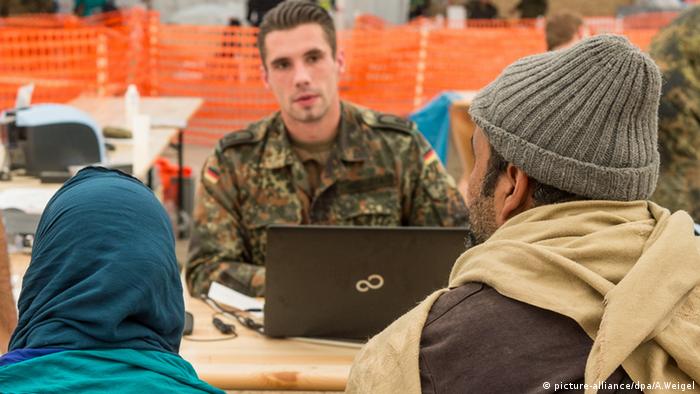 Lieutenant Colonel Andre Wüstner, chairman of the independent Armed Forces Association (DBwV) that represents 200,000 active and former army personnel and their families, told Germany's Deutschlandfunk public radio that up to 9,000 soldiers had been assigned to help with Germany's intake of refugees.

He urged German communal authorities to find substitutes by the end of 2016.

After a certain amount of time, he said, the states and the municipalities will be "in a position to solve the problems and meet the challenges on their own once again."

Refugee care is "not our main area of competence and not our main task," Wüstner said, adding that the Bundeswehr has increasingly become an army of specialists.

Almost 41,000 refugees are currently housed in 79 Bundeswehr barracks and on drill grounds. In addition, soldiers provide transportation, help with medical services, reception and general organizational tasks for refugees across the country.

But Wüstner said the thousands of soldiers tasked with refugee care at the moment were badly needed elsewhere. Multiple deployments, including missions in Syria, Afghanistan, Iraq and Mali, have stretched Germany's armed forces to breaking point, he said.

Stretched to the limit

In fact, military experts warn the German Armed Forces can no longer carry out all of its tasks with the current staff and resources. 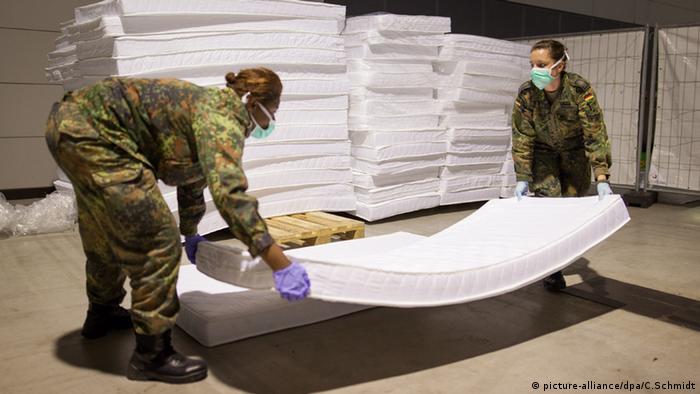 Bundeswehr soldiers in the refugee crisis - helping out in an emergency or a new Kind of mission?

The German parliament's commissioner for army personnel Hans-Peter Bartels said the Bundeswehr was in "free fall" and needed at least 7,000 new recruits.

A majority of Germans support Bartel's calls for the armed forces to boost numbers in light of worldwide crises.

German military's personnel, according to a YouGov survey commissioned by Germany's dpa news agency. Thirty per cent of those asked said they would oppose such a move.

As a minimum requirement to fulfill its current tasks, the military must get back to the level of 185,000 soldiers foreseen in the 2010 Bundeswehr reform, according to the commissioner. The 2010 reform saw conscription abolished and the size of the army reduced to the current level of about 179,000 soldiers.

The German military is preparing to send more troops to support NATO member state Turkey, bordering Syria. But it is unclear exactly how many soldiers might have to join the mission. (27.12.2015)

The German army had planned to scale back its Afghan mission in 2016, but because of the fragile security situation it's had to reinforce its troops instead. DW's Nina Werkhäuser doubts that this will change anything. (20.12.2015)