Germany has put forward the city of Ulm as a potential candidate for a logistics base to counter potential Russian aggression on NATO's eastern flank. An alternative would be the US city of Norfolk, Virginia. 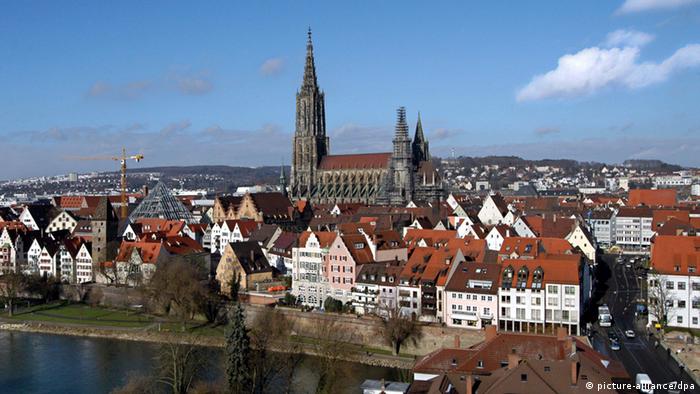 Germany has put forward the southern city of Ulm as the site of a new logistics command to be built in response to Russian actions in eastern Ukraine and the annexation of Crimea.

If chosen, the city would be a base in any crisis operation to speed troops and equipment across Europe to NATO's eastern flank.

Ulm is already home to Germany's Multinational Joint Headquarters, which exercises command and control of operations for the United Nations, NATO and the European Union. The Defense Ministry also considered sites near the western cities of Bonn and Cologne.

Even without the base, Germany would be a hub in any military deployment on NATO's eastern fringes. Forces from the US and Canada would likely pass through Germany's North Sea ports such as Bremerhaven, while most ground troops from western European members would pass through German territory.

Plan to be ready for April

The US has also offered to host the proposed NATO command at Norfolk, Virginia.

Germany's Defense Ministry said a broad plan for the new Joint Support and Enabling Command (JSEC) would be ready by mid-April. A formal decision by NATO is expected at a meeting of defense ministers from June 7-8.

"As a framework nation for the JSEC, we can make a significant contribution to burden-sharing in the alliance," the Reuters news agency cited Peter Tauber, state secretary in the Defense Ministry, as telling German lawmakers on Tuesday.

Read more: Estonia reaches out to its very own Russians

A second command — a North Atlantic planning and strategy hub — is also planned to protect shipping lanes from enemy submarines. It is thought that each command would have about 1,500 employees. Proposed cities for the hub include the US's Norfolk and Germany's Cologne.

Kyrgyzstan holds vote on whether to strengthen presidency 17m ago

China: 21 miners trapped in flooded Xinjiang mine 3h ago