Germany preparing to prosecute dozens of IS fighters: report 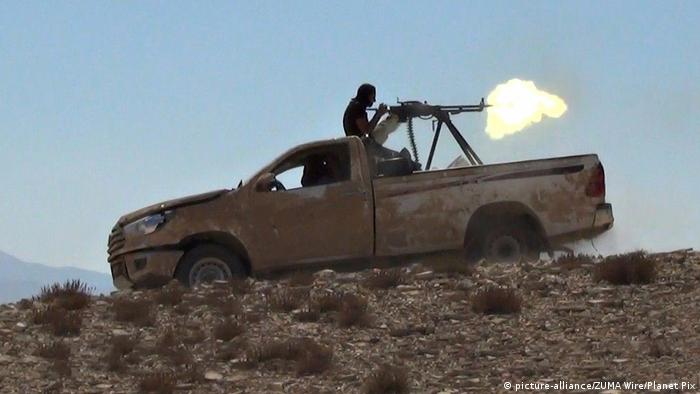 German authorities are preparing to prosecute dozens of citizens who joined the extremist group "Islamic State," (IS) several media outlets revealed on Monday.

Authorities have already issued arrest warrants for 18 out of the 63 adult German citizens being held in Syria, Iraq, Turkey and Greece, according a joint report by newspaper
Süddeutsche Zeitung and public broadcasters NDR and WDR. Including children, the list of German citizens held jumps into three figures.

In total there are 32 preliminary court proceedings against German IS members imprisoned abroad.

Read more: Germany mulls US demand to take back 'IS' fighters captured in Syria

The news came after the US stepped up its demands that Germany and other European nations take back captured extremists being held by Kurds in Syria.

On Monday, German government spokesman Steffen Seibert said Germany needed to further investigate the danger posed by the detainees and its legal options to prosecute them.

Germany's Interior Ministry said German citizens who have fought with IS have a "fundamental right" to return to the country, but Foreign Minister Heiko Maas told reporters that the US demand would be "difficult to implement."

"It is certainly not as easy as they think in America," Maas said. "These people can come to Germany only if it is ensured that they can immediately be taken into custody."

Germany has severed ties with the Syrian government and does not recognize the Syrian Kurdish autonomous region, complicating extradition efforts.

EU foreign policy chief Federica Mogherini said the issue of repatriating foreign fighters remained something for each country to deal with on a national level.

US President Donald Trump is pressuring Europe to take back its citizens who were captured in Syria while fighting for the Islamic State group. It's high time the continent address the issue, says DW's Matthias von Hein. (18.02.2019)