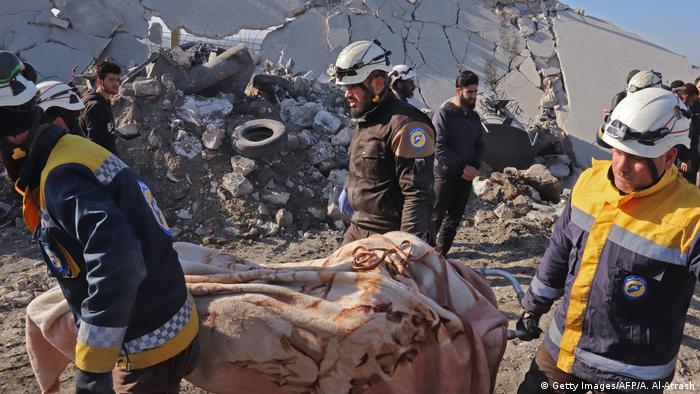 Germany promised €100 million ($111 million) in aid on Thursday for people in the conflict-ridden region of Idlib, Syria's last rebel enclave.

Foreign Minister Heiko Maas said Germany would offer the United Nations the additional funding as he embarked for a meeting with his European Union counterparts in Zagreb, Croatia. He said humanitarian organizations must "continue to be given cross-border access to people in need".

However, the foreigner minister emphasized: "There are clear preconditions for this: Humanitarian access and the protection of aid workers and the population must be guaranteed. He added, "What we need now is an immediate ceasefire and the provision of supplies for the one million internally displaced persons."

Maas urged Turkey and Russia to establish such preconditions and called on Moscow "to exert pressure on the Assad regime to finally stop the attacks on hospitals and schools."

Russia-backed Syrian regime forces are battling in the north of the country to reclaim Iblib.

Turkish President Recep Tayyip Erdogan and Russian President Vladimir Putin are scheduled to meet in a separate meeting in Moscow on Thursday to discuss the escalation of violence in Idlib province amid the monthslong Russian-backed Syrian government offensive there.

"The scale of the humanitarian catastrophe in Idlib is dramatic," Maas said.

Syria has closed its airspace in Idlib province after Turkey downed two Syrian planes in the area. EU defense ministers will hold an 'extraordinary" meeting next week to find a solution to the crisis. (01.03.2020)