Syria has closed its airspace in Idlib province after Turkey downed two Syrian planes in the area. EU defense ministers will hold an 'extraordinary" meeting next week to find a solution to the crisis. 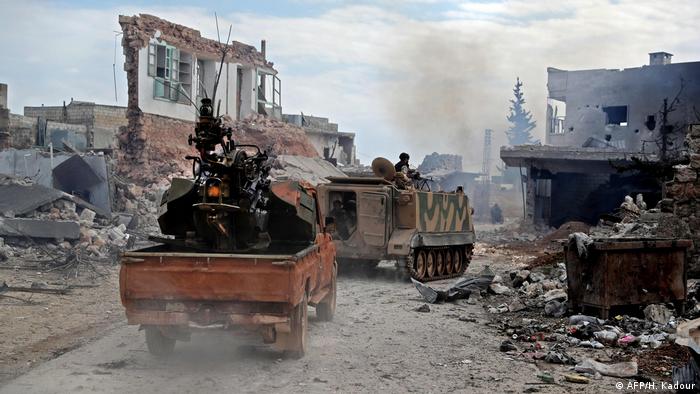 Turkey said Sunday it has "successfully" continued its military operation against the Syrian regime in northwest Syria. The announcement comes as the Russian-backed Syrian military closed its airspace in flashpoint areas, as tensions rise with neighboring Turkey, which supports rebels groups in the region.

"We don't have the desire or intention to clash with Russia," Turkish Defense Minister Hulusi Akar said on Sunday, marking the first time Ankara has confirmed a full and continuing operation.

Syrian state media said that Turkish forces shot down two Syrian jets on Sunday, but the pilots ejected with parachutes. Earlier Turkish media claimed that one jet was shot down.

The Syrian army earlier said it had downed a Turkish drone over the town of Saraqeb.

EU defense ministers will hold an "extraordinary" meeting next week over the fallout from the conflict.

The blocs foreign policy chief Josep Borrell announced the meeting in a tweet, adding that "ongoing fighting is a serious threat to international peace and security and causing untold human suffering."

Borrell called on all parties to "urgently re-engage in a political process," adding that the EU must "continue mobilizing resources to reduce the suffering of the civilian population."

The meeting will be held "in particular at the request of the Minister of Foreign Affairs of Greece," read a statement from the EU, linked in Borrell's tweet.

The statement called on the EU to "redouble efforts to address this terrible human crisis with all the means at its disposal."

What is going on in Idlib?

Idlib province is the last rebel stronghold in Syria. Rebels are supported by Turkey while Syrian President Bashar Assad's government is supported by Russia.

"Our intention is to stop the regime's massacres and prevent ... migration," Akar said.

"We expect Russia to stop the regime's attacks and to use their influence to ensure the regime withdraws to the borders of the Sochi agreement."

The Britain-based Syrian Observatory for Human Rights, which is monitoring the war through a network of activists on the ground, said Turkish drone strikes killed 26 Syrian soldiers in northwest Syria on Saturday.

Tensions between Turkey and Russia have been growing. Russian state news agency Sputnik reported on Sunday that four of their journalists in Turkey, including the agency's editor-in-chief, Mahir Boztepe, had been "attacked in their homes" and detained. 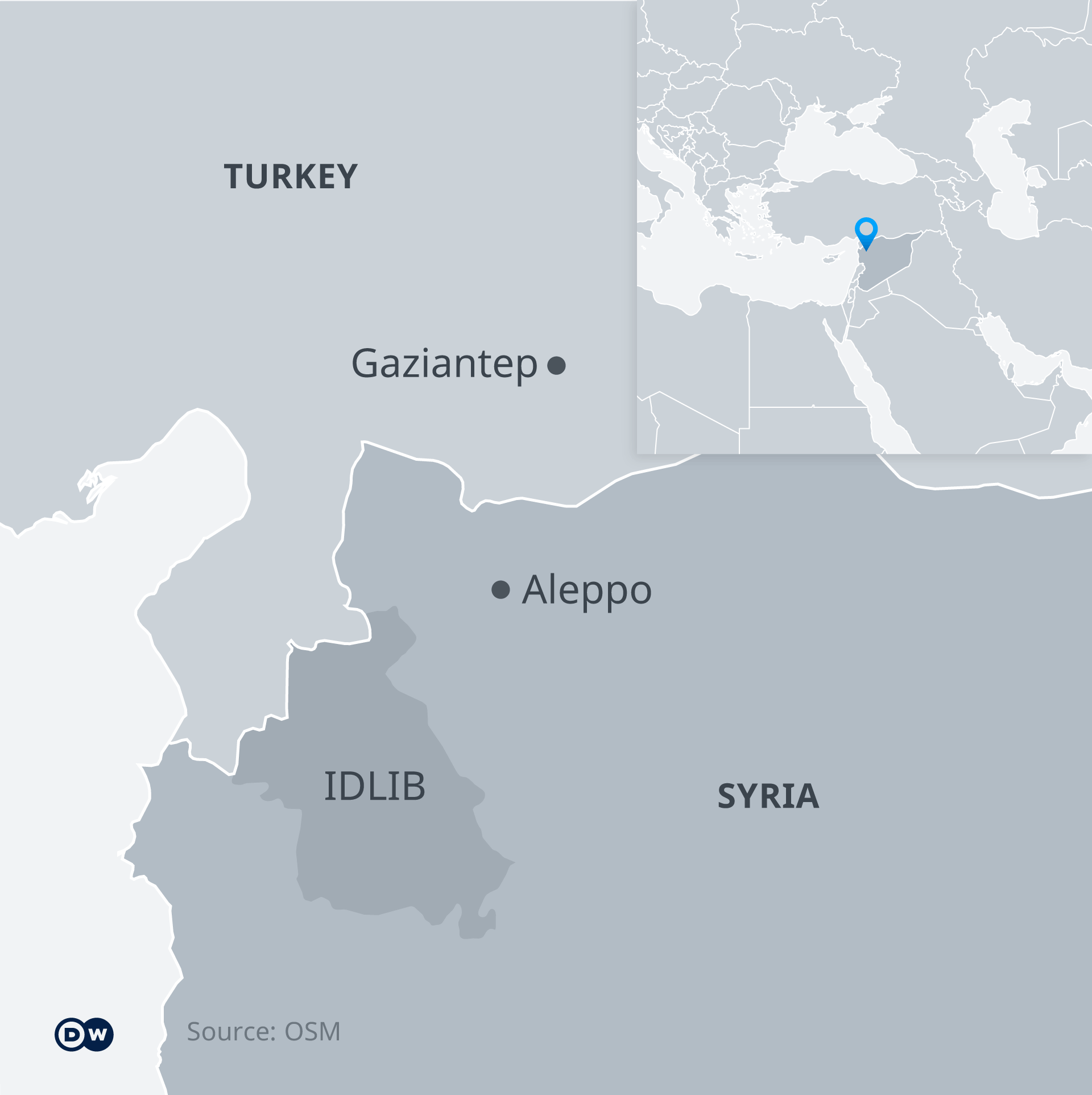 Position of Idlib within Syria

The journalists were questioned in connection with the attacks while investigators raided Sputnik's office. They were later released after a phone call between the foreign ministers of the two countries.

The Journalists' Union of Turkey condemned the detentions, tweeting: "Journalists cannot be made to pay for the tension between states."

The Syrian military threatened to target any aircraft spotted in closed airspace in the country's northwest. "Any aircraft violating our airspace will be treated as hostile that must be shot down," a Syrian military source said to state news agency SANA on Sunday.

"Forces of the Turkish regime continue to implement hostile acts against our armed forces operating in the province of Idlib and its surroundings," the source said.

The claim was confirmed by Britain-based war monitor Syrian Observatory for Human Rights, while Syrian state media said that Turkish forces had "targeted" two of its planes over Idlib.