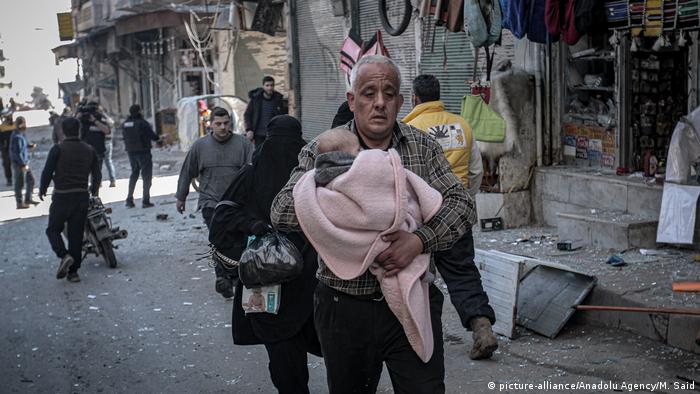 Russia announced on Tuesday it would never agree to a ceasefire with "terrorist" rebels in Syria's Idlib region.

Now they have dismissed the possibility of a truce. Such a truce "would encourage them to continue blatantly violating universal conventions," Russian Foreign Minister Sergey Lavrov said at UN meeting in Geneva.

"This is not concern about human rights, this is capitulating before terrorists and even a reward for their activities," Lavrov told the UN Human Rights Council.

At least 19 civilians were killed in Idlib on Tuesday, the Syrian Observatory for Human Rights reported. Eight children were among those killed by regime air strikes and artillery fire.

"Today's attacks are another sign that fighting in north west Syria has reached catastrophic levels of violence against children and civilians," charity Save the Children's Sonia Khush said.

Meanwhile, Turkish-backed rebels said they have seized the town of Nairab in Idlib, after expelling Russian forces.

The International Committee of the Red Cross (ICRC) also called on the warring sides to allow safe passage for civilians to escape attacks. It reminded them that hospitals, markets and schools are protected by law.

"We are urging parties to allow civilians to move to safety, either in areas they control or across the front lines," ICRC spokeswoman Ruth Hetherington said Tuesday.

Violence in Idlib province has led to one of the largest displacements of civilians in recent history, as well as a large number of casualties.