Germans love manual cars, but more and more automatics are hitting the road. Now the transport minister wants to change how people get their driver's license. 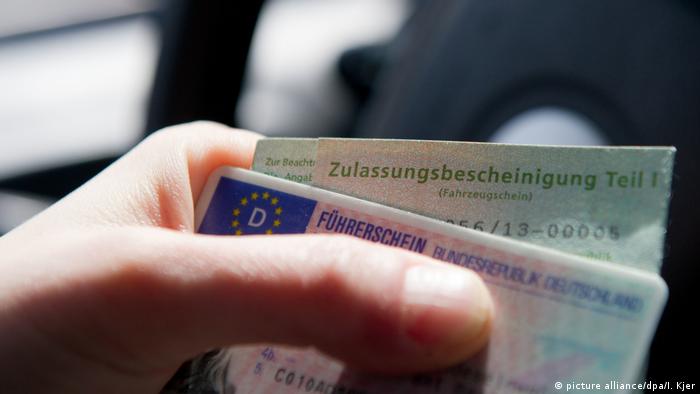 German Transport Minister Andreas Scheuer wants to change the rules for obtaining a driver's license for manual and automatic cars.

Germany has a long and expensive system for getting a driver's license, including practical and written tests as well as a mandatory first aid course. There are also separate practical driving tests for manual and automatic cars.

Scheuer intends to change the law so that anyone who passes the automatic practical test will also be able to drive a stick shift after receiving training with a manual car. Drivers would no longer need to pass a practical driving test for a manual car.

He justifies the measure as a way to promote all-electric cars, which have no need of gears in the way that internal combustion engines do.

More and more automatic cars are hitting the roads. According to the German Automobile Trust, last year 47.5% of vehicles that left the production line were automatics. Eight years ago the number was 27.4% and in 2000 it stood at 19.6%.

TÜV, an association that carries out practical and written driving tests, came out against any changes out of concern that too many people would be out on the road without sufficient skill at using a manual transmission.

Others see the issue differently. Andreas Grünewald from the Saxony Driving Instructors' Association said that for many people, obtaining a manual driver's license added to an already lengthy and expensive process.

The child halted his trip after beginning to feel unwell. Police said no one was hurt by the boy's 140 kilometer-an-hour trip down an autobahn near Dortmund. (21.08.2019)

A German teenager has managed to gain and lose his driving license in less than one hour after police caught him speeding near the city of Dortmund. The 18-year-old was going 95 kilometers per hour in a 50 zone. (21.11.2018)