A German teenager has managed to gain and lose his driving license in less than one hour after police caught him speeding near the city of Dortmund. The 18-year-old was going 95 kilometers per hour in a 50 zone. 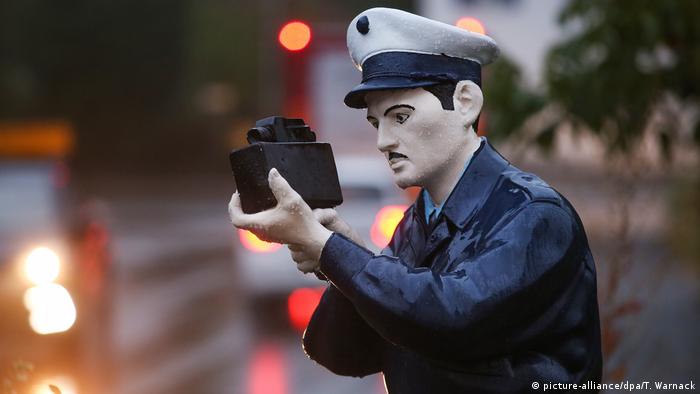 Easy come, easy go — a new driver was forced to give up his license less than one hour after securing it, German police said Tuesday.

A police speed trap detected a car going 95 kilometers per hour (59 mph) through the western town of Iserlohn, near Dortmund. The trouble is that the limit was just 50.

When police pulled the vehicle over, they found an 18-year-old driver and four of his friends, apparently going for a spin to celebrate the teenager passing his driving test just 49 minutes previously.

He is now required to pay a €200 ($227) fine and cover the costs of additional driving lessons. The teenager is barred for driving for at least four weeks.

Additionally, authorities are set to prolong his probationary period from two to four years, meaning an increased risk of losing his license again in similar circumstances.

While Germany is famous for not having a legal speed limit on most sections of its highways, police are strict in enforcing speed regulations in populated areas. Offenders are required to pay fines between €10 and €680 with a maximum driving ban of up to three months, depending on the severity of the traffic violation.

Sections of Germany's concrete motorways have broken apart after several days of hot weather. Without further investment, these roads stand little chance of weathering the effects of global warming. (02.06.2018)