Sections of Germany's concrete motorways have broken apart after several days of hot weather. Without further investment, these roads stand little chance of weathering the effects of global warming. 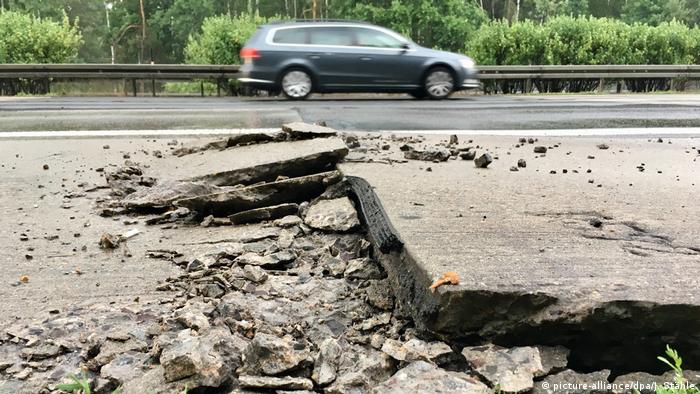 A heat wave in recent days in parts of Germany, with temperatures over 30 degrees Celsius (86 degrees Fahrenheit) has caused some sections of Germany's autobahns to crack apart.

In particular, three lanes of the A1 between Bad Oldesloe and Bargteheide have been closed, affecting around 70,000 motorists. Sections of the A10 near Berlin were also closed earlier in the week and police and autobahn maintenance teams have been monitoring the A9 in Saxony-Anhalt, which has also been damaged. 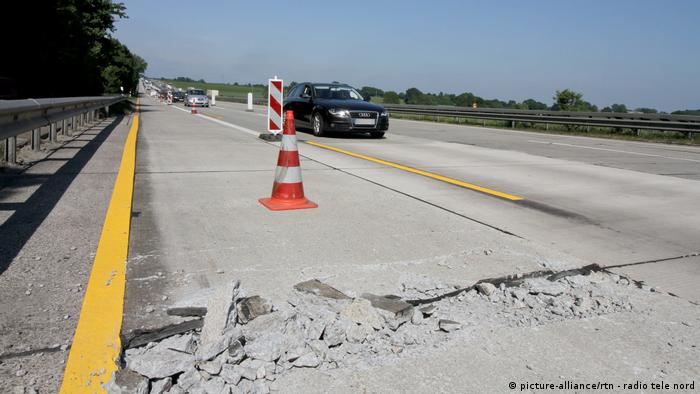 Referred to as "blow-ups," damage is caused when concrete slabs do not have enough room to expand in the heat. They then push against each other, which leads to them cracking apart. Concrete motorways are most at risk if there is already some damage.

The German automobile club (ADAC) has urged the federal government to put in place a long-term strategy and increase investment.

"Short-term measures have begun on the sections that are particularly at risk," said an ADAC spokesperson. "But this should not replace a thorough overhaul that is required for most of the motorways concerned."

According to the ADAC, motorists should drive more slowly on damaged sections of the road, and ensure that they increase their distance from the car in front. It has also warned motorcycle riders, in particular, to avoid damaged motorways altogether.