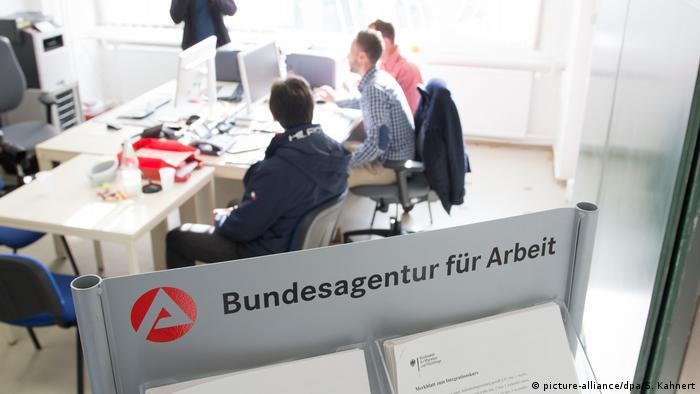 A German architecture firm was in hot water on Wednesday after it emerged that one of its leaders had responded "no Arabs please" to a prospective job candidate.

Yaseen Gabr shared the e-mail on his Facebook page, calling it "the worst rejection letter you may ever have," and the story began to spread rapidly on German social media.

The firm, GKK+Architekten, touts its international credentials on its website, where the 30 flags representing the origins of all of the employees it has had since its founding in 2000. Based in Berlin, it has a second office in China.

In a statement sent to DW, GKK+Architekten did not deny the incident but said it was a "misunderstanding," due to the message "being cut short," and "taken out of context." The company did not further clarify how the message was cut short or what exactly the misunderstanding was.

"The cornerstone of our success is diversity, internationality, and our intercultural teams."

GKK+Architekten further declared that they had not accepted Gabr for the position because he did not have the skills they were looking for, but added that they had apologized to him about the e-mail.

'Foreign-sounding names' less likely to be called for interview

According to the latest annual report by Germany's Federal Anti-Discrimination Agency, Germany's levels of racist discrimination in the workplace are well above EU averages. For example, across the bloc, the frequency of discrimination among people of African descent is 9%, while in Germany it is 14%.

The agency also found that people with "foreign-sounding names" were 24% less likely than those with German names to be called in for an interview.

In a separate study on Islamophobia in the labor market, the agency wrote that "qualitative data suggest that persons who follow the Islamic faith encounter interpersonal and structural discrimination," largely related to perceived lack of qualifications by German employers. The situation is even worse for women who wear a headscarf.

Of the 2.27 million unemployed people in Germany in 2019, the Federal Employment Agency said that an overwhelming 46% of those people were not ethnic Germans, despite the fact that they are only 23% of the population.

The European Network Against Racism (ENAR) has also noted in its publications that one of the major barriers to combating racism and discrimination in hiring practices is the lack of transparency in interviews outside of the public sector.

The government's anti-discrimination agency says victims are often frightened to speak up in case their career prospects are damaged. Firms are now being urged to train executives in how tackle the issue. (25.10.2019)