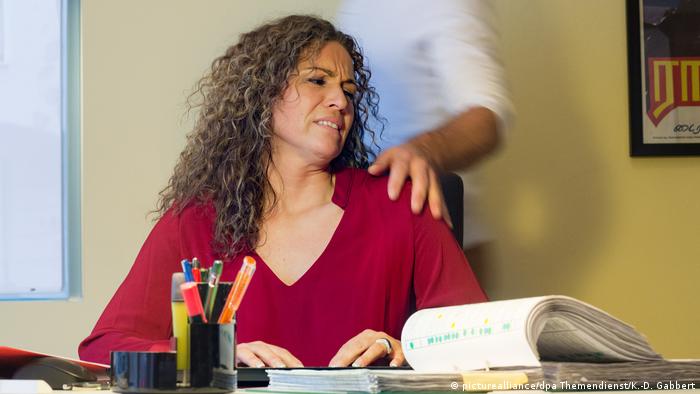 More employees in Germany are experiencing sexual harassment in the workplace than four years ago, according to a new government study published Friday.

Out of the 1,531 people interviewed by the Federal Anti-Discrimination Agency, one in 11 workers said they were the victim of unwanted sexual comments or advances. That compares to one in 14 employees during a similar study in 2015.

The latest report found that women are twice as likely as men to experience sexual harassment in the workplace. Some 13% of women said they had fallen prey to harassment compared to 5% of men.

More than half (53%) of sexual harassment was carried out by third parties, such as customers or patients, while 43% of victims were harassed by a work colleague — almost one in five perpetrators were superiors.

Nearly four in five victims said the harassment was not a one-off incident and some were targeted by multiple perpetrators.

The types of harassment ranged from sexualized comments and jokes, inappropriate looks or gestures to cat-calling, while many reported being on the receiving end of questioning of an intimate nature. Some 26% of victims complained about unwanted touching or approaches.

Read more: The dark side of Oktoberfest

Victims said social media and smartphones were often utilized by perpetrators to send sexual images or offensive emails and messages, known as sexting.

The most severe cases included invites to private meetings, being asked to engage in sexual acts, and in some instances, being coerced or blackmailed.

"Sexual harassment at work is a serious problem and can have serious consequences for those affected," said Bernhard Franke, acting head of the anti-discrimination office.

He added that it was in the interest of German companies to intervene — for example, by appointing permanent contacts that victims can approach, and by offering obligatory training courses for managers.

Although the majority of victims had verbally defended themselves, many were unaware that Germany's labor law puts the onus on employers to protect workers from sexual harassment.

Just 40% of those affected had approached third parties to tackle the issue. Victims often attempted to resolve the problem with the perpetrator but were sometimes fearful of the career repercussions of reporting harassment to their bosses.

A similar study carried out in 2015 found that one-in-six women and every 14th person had experienced sexual harassment at work.

The legendary opera singer Placido Domingo has resigned from the Los Angeles Opera after a series of sexual harassment accusations. It follows the cancellation of a run of concerts. (02.10.2019)

The man used a "strategically placed mobile phone" to secretly film up women's skirts on public transit. He then uploaded hundreds of the videos to a pornographic website. (22.08.2019)

You too? Sexual harassment in the German workplace

Sexual harassment in the workplace has been a serious issue for many years in Germany and beyond, yet has remained largely taboo. Will recent events prompt a major cultural shift? (02.11.2017)