The co-founder of the Left party has called for a new alliance to catapult the left wing into power. He believes German voters are more than ready for such an option. 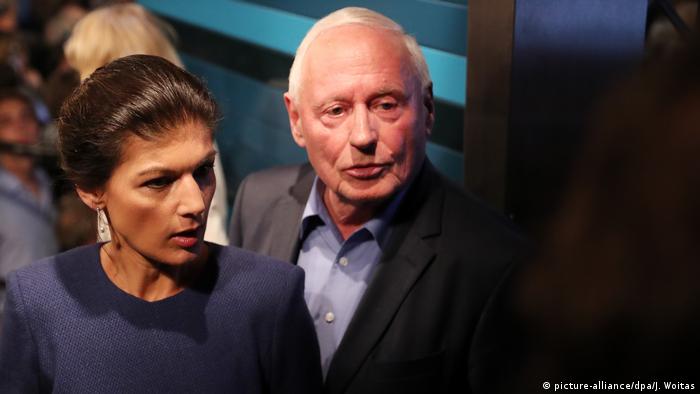 Oskar Lafontaine, who co-founded Germany's Left party (Die Linke) in 2007 after leaving the Social Democratic Party (SPD)in protest over business-friendly reforms by ex-Chancellor Gerhard Schröder, told weekly news magazine Der Spiegel that German voters had shown there was a "potential for a leftist majority" and that people were "downright asking for such an option."

"We need a collective left-wing movement, a kind of left-wing people's party comprising the Left party, parts of the Greens and the SPD," Lafontaine told Der Spiegel.

Read more: German political parties - what you need to know

Lafontaine, who is married to one of the Left party's parliamentary group leaders, Sahra Wagenknecht, even goes so far as to say that the "political party system we have today no longer works" and that a new order was necessary to give the left wing a chance to get into government at the federal level.

He also slammed Germany's traditional left-of-center Social Democrats as "lacking courage," saying that SPD leader Martin Schulz had not managed to exploit the potential for change. 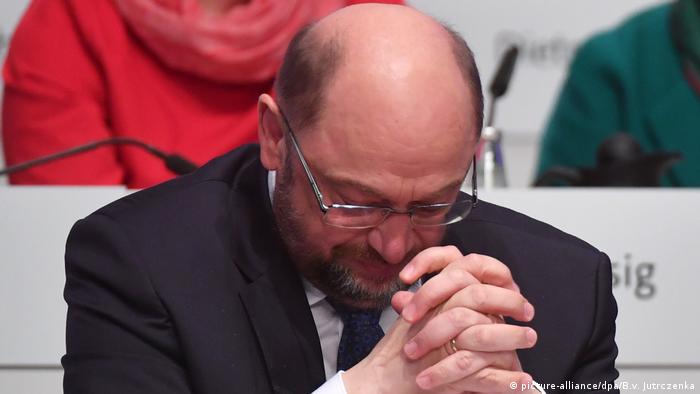 In the interview, which was held at Munich airport at the end of 2017, Lafontaine stressed that he was not in the running as a face for any new movement. He told Der Spiegel that that was up to others, apparently winking at the reporter before disappearing to board his plane.

The 74-year-old Lafontaine is no longer at the forefront of politics, but his wife Sahra Wagenknecht — a favorite in the nation's most popular political talk shows — is showing the ambition and gumption to lead and push through her far-left views.

Both Lafontaine and Wagenknecht have repeatedly spoken of the need for an "opportunity to get into a position of power" for Germany's left. The Left party garnered 9.2 percent of the vote in the September 2017 federal elections, its second-best result.

During the campaign leading up to national elections in September 2017, Wagenknecht launched a new website called "Team Sahra" in addition to her existing, personal website. "Team Sahra" lacks the trademark red color of the Left party and, in fact, makes no mention of her party except for a small link at the bottom of the page.

The page features a cartoon video with snappy speech bubbles and boppy music following a simple formula — it's the super-rich that deprive the poor masses, leading to high rents, exploitation, low pensions and precarious jobs, among other things.

On the page, Wagenknecht also advocates for Germany to leave NATO and set up a new alliance that would include Russia. She denounces what she calls the "lobbycrats" in Brussels, calling for a "new EU."

So far, so leftist. However, since the refugee crisis in 2015, Wagenknecht has also made the headlines with comments that many interpreted as populist and anti-immigrant sentiment.

By calling for a cap on the number of refugees and blaming Chancellor Angela Merkel for "the uncontrolled border opening," she invited comparisons with the far-right AfD. Her comments have sparked a debate about the boundaries between the AfD and the Left party, which both have strong backing among working-class voters. 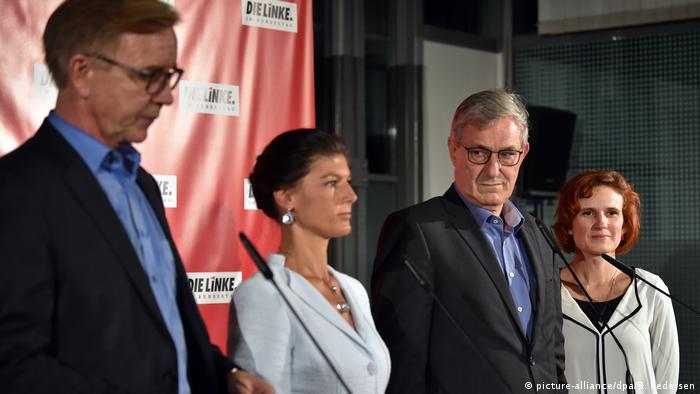 The odd one out? Wagenknecht (second from left) has caused ructions in the Left party

Hence, her relationship with co-party leader Katja Kipping and other high-profile party members is tense, not just because of her stance on refugees. Some see the charismatic 48-year-old's ambition as too much of a solo performance.

Asked by Der Spiegel about Wagenknecht's "Team Sahra" website, Kipping merely states that "personalization is important" but that it is the party as a whole that sets the agenda. Kipping's agenda, far from calling for a cap on refugees, envisions an immigration law that would allow refugees to work after having been in Germany for one year.

Wagenknecht has said that she does not want to "split the party," but rather, work on a strategy to get the Left into power in Berlin.

A high-profile defector from the Social Democrats, Left party leader Oskar Lafontaine has always been a divisive character. He is aiming for the state premiership of his native Saarland in elections on Aug. 30. (31.08.2009)

The Left Party's top candidate in the upcoming parliamentary elections, had nothing good to say about other German parties in a DW interview. But she says she would be willing to join a coalition government. (29.06.2017)