The idea, similar to Germany's church tax, would aim to make mosques independent of foreign donors. Germany's government and progressive Muslim leaders have supported the idea. 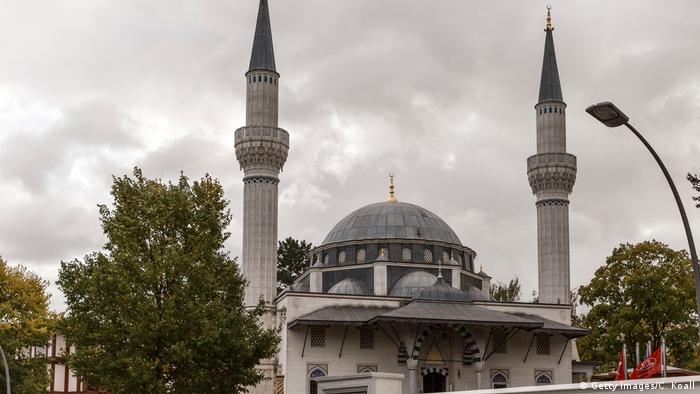 Lawmakers from Germany's grand coalition government said on Wednesday that they were considering introducing a "mosque tax" for German Muslims, similar to the church taxes that German Christians pay.

Thorsten Frei, a member of Chancellor Angela Merkel's Christian Democrats (CDU) told Die Welt daily that a mosque tax was "an important step" that would allow "Islam in Germany to emancipate itself from foreign states."

In Germany, church taxes are collected from practicing Catholics and Protestants in order to fund church activities. They are collected by the state and then transferred to religious authorities.

In the absence of a similar tax, mosques in Germany are reliant upon donations, raising concerns about possible financing by foreign organizations and governments, which has sometimes prompted questions about the promotion of fundamentalist ideologies. For example, there has been growing concern about the influence of the Turkish-Islamic Union for Religious Affairs (DITIB), an arm of the Turkish government based in Germany.

Officials estimates report that there are between 4.4 and 4.7 million Muslims living in Germany, but those figures include people whose families are Muslim by tradition and the number of practicing Muslims could be much lower.

A lawmaker from Germany's other ruling party, the center-left Social Democrats (SPD), agreed that a mosque tax could help Islam in Germany become more independent. The SPD's domestic policy chief Burkhard Lischka agreed that it was a topic "worthy of discussion."

The founder of a progressive Berlin mosque, Seyran Ates, supported the measure, telling DW that Islam in Germany "has a huge influence from outside, from foreign countries."

She added that German Muslims "have to stand up themselves. They have to take care about their own religion here in Germany. So Muslims in Germany should do something for Islam in Germany.”

Several European countries, including Austria, Sweden, and Italy, also use church taxes to fund Catholic and Protestant institutions. It has also been criticized for being compulsory for practicing Christians and, as it is collected by the government, for blurring the lines between church and state.