Some have called it a U-turn, others see it in less dramatic terms. Interior Minister Horst Seehofer has said that "Muslims are a part of Germany" on the opening day of the German Islam Conference. 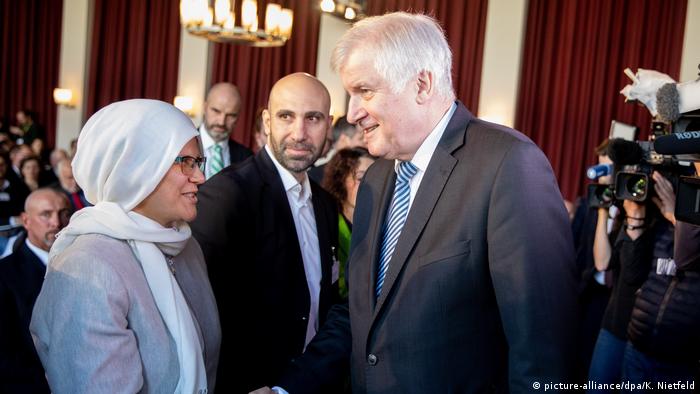 Horst Seehofer said on Wednesday in Berlin that "Muslims belong to Germany," speaking as he presided over the fourth German Islam Conference (DIK). The comments drew particular attention given Seehofer's past statement that Islam was not part of Germany.

Seehofer said Muslims "have the same rights and duties as all citizens of this country." There can be "no reasonable doubt" about that, he said.

Seehofer, a conservative who's set to step down as leader of Bavaria's Christian Social Union (CSU), caused controversy in March when he said that "Islam doesn't belong to Germany," and that "Germany has been shaped by Christianity."

However, even in that March interview with mass-circulation daily Bild, Seehofer had said: "Muslims who live here are naturally part of Germany. That does not of course mean that we therefore give up on our country-specific traditions and customs out of false consideration."

Those comments prompted stark criticism of Seehofer, who many say has since sought to soften his stance on the issue.

The German Islam Conference, which was first launched in 2006 by former Interior Minister Wolfgang Schäuble, brings together German Muslims and officials of the federal and local governments.

The aim of the conference is to improve the religious and social participation of Muslims in Germany and to further develop the dialogue between government representatives and Islamic organizations.

This year, Seehofer made some changes to the event, inviting more liberal theologians and scientists in addition to Islamic organizations. Some of his invitees had been critical of these organizations for their conservative approach to Islam.

In recent years, the conference has dealt with topics such as religious education and Islamic pastoral care.

The focus of this year's meeting will be on the issue of foreign influence on Germany's mosques and Muslim communities, but also on the role of Islamic theology in German universities. The discussions will continue into Thursday.