About 1,000 Germans traveled to the Middle East to join the 'Islamic State' after 2013. A third of them have since returned to Germany. Some died on the battlefield, others are in prison, but many appear to be missing. 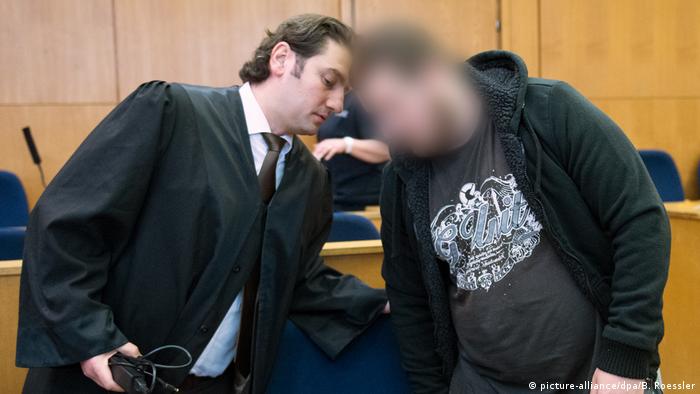 Kreshnik B. was the first 'IS' fighter to face trial in Germany

The German government has lost track of more than 160 German "Islamic State" (IS) supporters who traveled to Syria and Iraq to join the terror group, the Welt am Sonntag newspaper has reported.

The figure from the Interior Ministry was part of a response to a request from the Free Democrats (FDP).

The ministry said many of the German fighters were believed to have died in combat, however "in rare cases, these individuals could have succeeded in escaping and/or disappearing."

The ministry stressed it was unlikely IS followers would pass unnoticed in Germany, given "various measures (including wanted lists or entry bans), which make uncontrolled re-entry much more difficult."

'No plan' for dealing with IS members

FDP secretary general Linda Teuteberg told Welt it was alarming further measures weren't in place to prevent potential IS escapees from re-entering the country, "in light of the known patchy protection at the EU's external borders."

Teuteberg also accused the government of having "no plan for dealing with foreign fighters from Germany" or holding them accountable for their actions.

"This applies to the Germans detained in the conflict zones, as well as the more than 200 former IS supporters who are now back in Germany," she said. One way to address this, she added, could be strengthening the capacity of German authorities to investigate and prosecute war crimes abroad.

According to government figures, about 1,050 Germans traveled to the Middle East to join terrorist groups after 2013. About one-third of them have returned to Germany, where some have been prosecuted or placed in rehabilitation programs. About 220 others were reportedly killed in Syria or Iraq. Dozens are also being held in prisons abroad.