Everyday measures are key to preserving the European way life, say Germany's health minister and the premier of Schleswig-Holstein state. Jens Spahn and Daniel Günther want a faith that shares the continent's values. 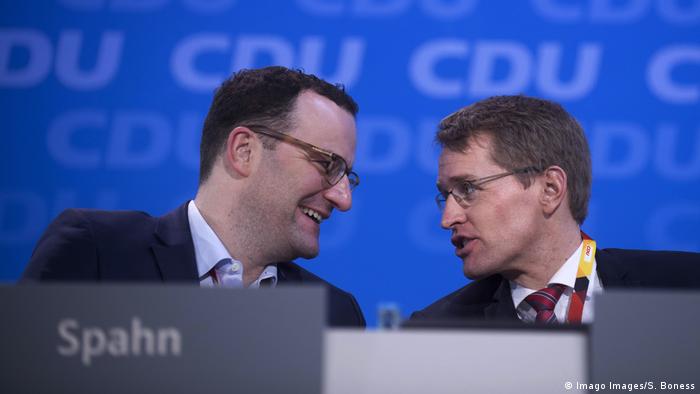 Two senior German politicians have called for a more progressive form of Islam in order to align the religion with the European way of life.

"Instead of tolerating symbols of a reactionary, misogynistic form of Islam, we must promote the development of a European Islam, which shares our values, in order to preserve our free European way of life," penned the two Christian Democrats.

The topic of burkas is one of particular concern for both Spahn and Günther. "When women and girls appear fully-veiled at universities and schools, then we do not just have the option to resist, we must resist," they wrote.

The pair also spoke about "burdens on the local population" when "deportations fail" before emphasizing that integration was essential for a successful society.

Both men are members of Chancellor Angela Merkel's Christian Democrat (CDU) party. Spahn, who failed in a bid to become Merkel's successor, is seen as a conservative, while Günther is on the liberal wing of the party.

The joint declaration also called for the European idea to become tangible in everyday lives of EU citizens.

Austria has passed a law intended to ban Muslim girls from wearing a headscarf in primary schools. The Jewish yarmulke and Sikh patka are not included in the new measure. (16.05.2019)

The northern city of Hanover has halted a series of roadside stalls from handing out cake, after previous events were used to spread Salafist propaganda and to raise money for Islamist causes abroad. (13.05.2019)