The northern city of Hanover has halted a series of roadside stalls from handing out cake, after previous events were used to spread Salafist propaganda and to raise money for Islamist causes abroad. 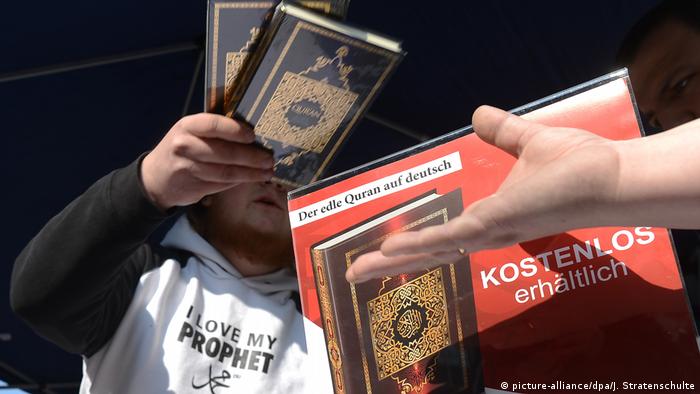 Hanover city authorities on Monday revoked permission to set up a series of stalls as part of a so-called "Cake Day" around the city center. This follows allegations that past events had both handed out Salafist propaganda material and raised money for what authorities described as "dubious purposes."

The capital of the state of Lower Saxony thereby became the first to enforce a new state law, put into force last year, making it possible for local authorities to reject permission for stalls on city streets in such cases. Typically, such restrictions were only possible on grounds of traffic-related concerns, but the new law allowed them to be forbidden on the basis of "other public concerns."

Last November, street stands in Hanover distributed cakes in exchange for donations for dubious purposes. Some street stand operators were suspected of forwarding donations to Islamist groups in Syria, according to the Hannoverische Allgemeine Zeitung newspaper.

The German interior ministry said the cake stands aimed to convert people to Salafism, a radical revivalist movement within Sunni Islam. The ministry also suspected that at least one of the groups behind the cake campaigns exhibited "proximity to extremism."

Hanover has been regarded as a focal point for Salafism for several years. In 2016, a teenager named Safia S. stabbed a federal police officer in Hanover's main railway station on behalf of the so-called "Islamic State" (IS). A year later, her brother, Saleh S., was convicted of throwing Molotov cocktails at pedestrians at the entrance of a shopping mall.

According to the city's Neue Presse Hannover newspaper, both Safia S. and Saleh S. had contacts with one of the cake stand campaigns.