Austria has passed a law intended to ban Muslim girls from wearing a headscarf in primary schools. The Jewish yarmulke and Sikh patka are not included in the new measure. 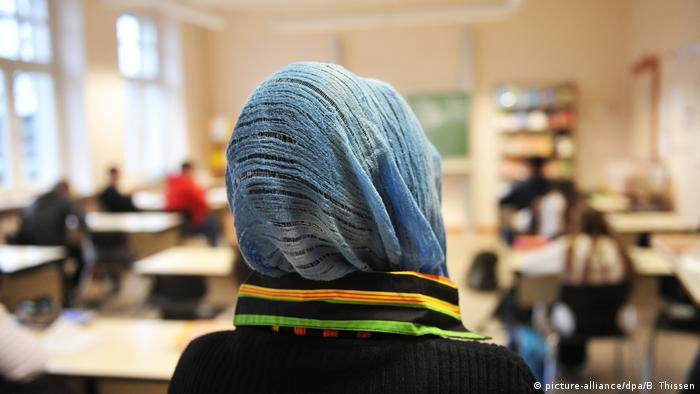 Austria's parliament has passed a law intended to ban Muslim girls from wearing the headscarf in primary schools, a measure that is likely to be challenged as discriminatory in the constitutional court.

The bill passed with the support of the governing center-right People's Party (ÖVP) and the far-right Freedom Party (FPÖ). Almost all of the opposition voted against it.

To avoid the impression that it targets Muslims, the text refers to any "ideologically or religiously influenced clothing which is associated with the covering of the head."

The government said late Wednesday that the patka head covering worn by Sikh boys or the Jewish yarmulke would not be affected because the law refers to head garments that "cover all of the hair or large parts of it." Exceptions are made for head coverings for medical reasons or protection against rain or snow.

Practicing Muslim girls usually begin wearing a headscarf at puberty, and the governing parties have admitted the law is intended for Muslim girls.

ÖVP lawmaker Rudolf Taschner said the law was meant to "free girls from submission," while FPÖ education spokesman Wendelin Mölzer said it was about sending a signal "against political Islam" and promoting integration.

Austria's official Muslim community organization, IGGÖ, has said it would legally challenge the "destructive" law that "discriminates exclusively against Muslims."

The ÖVP and FPÖ formed a coalition in 2017 on a strong anti-immigration platform.

The law was passed as Muslims celebrate the holy month of Ramadan.

Bavaria's constitutional court has confirmed the legitimacy of the southern German state's ban on judges and prosecutors wearing headscarves. It said the presence of crosses in courtrooms was another matter altogether. (18.03.2019)

Sporting goods chain Decathlon has canceled plans to sell a sports version of the hijab Muslim headscarf in France after a public outcry. Supporters of the hijab say it allows women to be an active part of society. (27.02.2019)

Unveiling the history of the headscarf

A headscarf is often associated today with the head coverings worn by Muslim women. But an exhibition at Vienna's Weltmuseum shows the many — and sometimes contradictory — meanings the headscarf has embodied over time. (17.10.2018)