Refugees in Lower Austria are to be issued with "Ten Commandments of Immigration" by regional authorities. Included in the edicts is a requirement for migrants to show gratitude to the country. 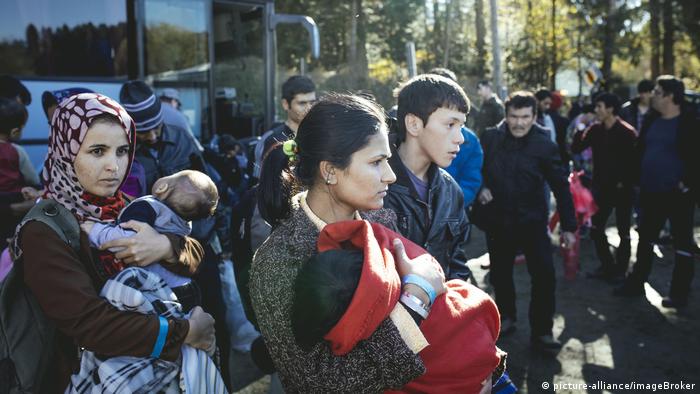 Authorities in Lower Austria are set to issue a new code of conduct for refugees to follow, according to a report on Monday.

The rules would be referred to as the "Ten Commandments of Immigration," and would be issued to new refugees as soon as they arrive in the state, the German newspaper Welt reported.

Among the rules, migrants are required to:

The rules would underpin integration courses in 15 different languages for individuals applying for asylum. Refugees would be asked to sign a written agreement to adhere to them.

Officials would issue the "commandments" to refugees alongside their official asylum application documents, the regional minister responsible for asylum policy, Gottfried Waldhäusl, was reported as saying.

Waldhäusl, from the right-wing populist Freedom Party of Austria (FPÖ), is known for a hard line on immigration and asylum. In 2018, he set up a fenced-off refugee facility close to the Czech border for young "notorious troublemakers." The policy came under criticism, however, and the center was closed.

In the future, asylum-seekers could be held without a court order if deemed a security risk. The move is part of larger efforts to discourage asylum requests, including renaming reception areas as "departure centers." (25.02.2019)

The European Court of Justice ruled against a 2015 regulation that saw Austria give minimal social assistance to refugees. Austria's conservative government has introduced a number of strict immigration cuts recently. (21.11.2018)