In the future, asylum-seekers could be held without a court order if deemed a security risk. The move is part of larger efforts to discourage asylum requests, including renaming reception areas as "departure centers." 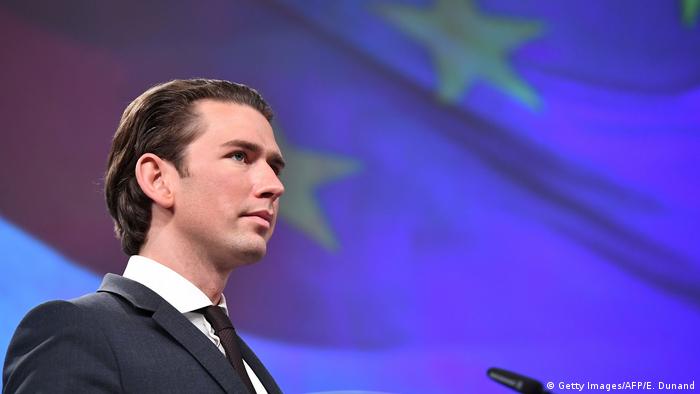 Austria's right-wing government announced plans on Monday to hold asylum-seekers in so-called preventative "security detention" if they are found to pose a potential threat to the public.

The constitutional amendment would enable Austrian authorities to detain asylum-seekers without first securing a court order.

In order to hold someone in preventative detention, authorities would need to have concrete suspicions that the person could carry out, or planned to carry out, a specific criminal offence, Chancellor Sebastian Kurz told reporters.

Kurz added that the detentions would also be subject to judicial review, the Süddeutsche Zeitung newspaper reported.

In order for Kurz's plan to pass, the constitutional amendment would need a two-thirds majority in parliament — a prospect that seems uncertain, as his conservative coalition would need to win support from the opposition.

Kurz rejected criticism of his government's plan and brushed away concerns over rights by saying: "We don't need skepticism."

Interior Minister Herbert Kickl, of the far-right FPÖ, said the detention was intended for "someone who has already strapped on an explosive belt in his mind."

Kickl added that Austria would not be the first country within the European Union to make such a detention legally possible, saying that Ireland, Belgium, the Netherlands and Hungary have adopted similar measures.

The move to push for the constitutional amendment was sparked by a deadly stabbing of a welfare official in the town of Dornbirn in early February.

The suspect in the stabbing is a Turkish asylum-seeker who was born in Austria, but was ordered to leave in 2009 after committing several crimes, according to the Interior Ministry. The man later returned and applied for asylum, saying he was persecuted as a member of Turkey's Kurdish population. 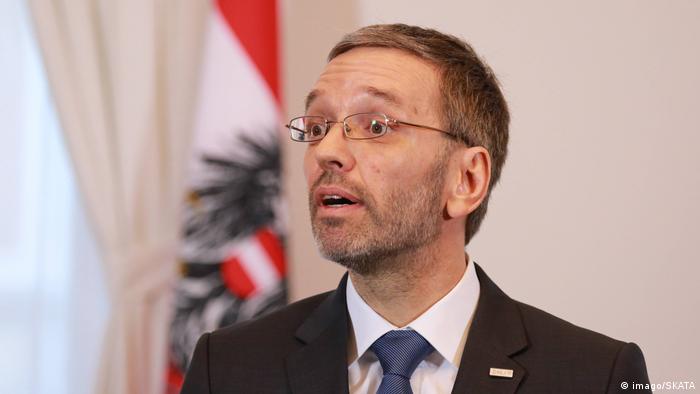 Although Kickl mentioned the recent fatal stabbing while announcing the government's plans, he made it clear that the real goal of the move is to dissuade people from applying for asylum in Austria.

"It is necessary to send clear signals," Kickl said.

Asylum-seekers will also be expected to "voluntarily" adhere to a night time curfew, meaning they wouldn't leave the center between 10:00 p.m. and 6:00 a.m.

"For those who don't want that, we'll find a place for them where there is little incentive to hang around," Kickl added.

Myanmar: 6 dead as police crack down on anti-coup protests 5h ago