Bavaria's constitutional court has confirmed the legitimacy of the southern German state's ban on judges and prosecutors wearing headscarves. It said the presence of crosses in courtrooms was another matter altogether. 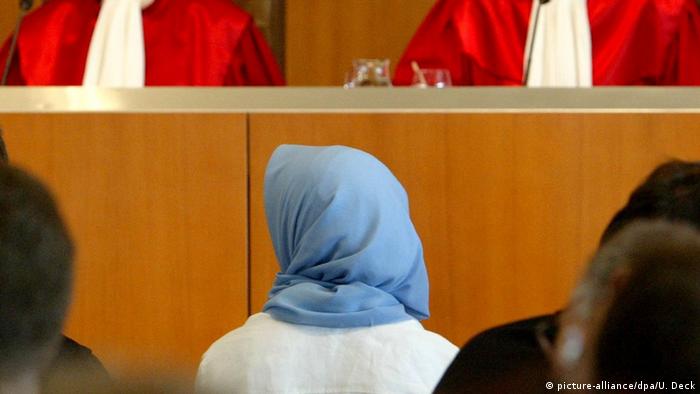 The Bavarian constitutional court on Monday rejected an appeal by an Islamic religious community to overturn a ban on judges and prosecutors wearing headscarves, saying that justice officials in particular were obliged to be neutral in questions of religion and ideology.

The judge voiced the opinion that the ban, which also forbids officials to wear religious symbols such as crosses or a kippa — or yarmulke — during court proceedings, did not go against laws on religious freedom or equality.

The Islamic group had argued that the ban violated both laws, as the Christian symbol of the cross hangs in Bavarian courtrooms.

This argument was not accepted by the court, which maintained that the presence of crosses was a different matter, as it was determined by the court administration and cast no doubt on the neutrality of individual judges or lawyers.

The court also said the ban did not discriminate against women, as other items of clothing with religious significance that were worn by men were also forbidden.

Read more: Unveiling the history of the headscarf

The issue of the wearing of headscarves by Muslim women, particularly public servants, has been the subject of debate in Germany for many years.

In another contribution to this debate, the deputy chairman of the conservative CDU/CSU bloc in the German parliament, Carsten Linnemann, has renewed a recently oft-heard call for a Germany-wide headscarf ban for girls under 14.

Girls should be able to grow up with the same freedoms as boys, Linnemann told daily Rheinische Post in an interview published on Monday. The politician has recently co-edited an anthology entitled "Political Islam Does Not Belong in Germany" and is part of a group promoting tougher integration policies. 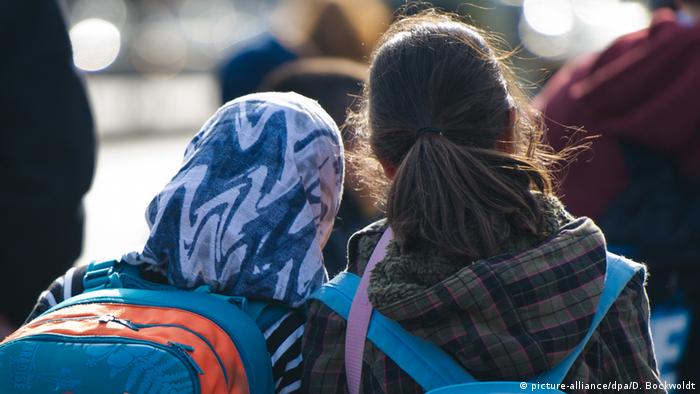 Could headscarves be banned for young school pupils?

Last year, the government of Germany's most populous state, North Rhine-Westphalia, put forward a plan to introduce a law banning girls under 14 from wearing headscarves at school by the end of 2019.

Critics of the headscarf say that it is a symbol for what they see as the oppression of Muslim women and that it can denote an adherence to more fundamentalist beliefs. Others see any ban on the headwear as an unlawful infringement of personal rights, with some seeing criticism of the garment as an indication of a deeper-lying anti-Islam sentiment.