A Muslim legal trainee was again denied permission to wear a hijab in court. A judge ruled in favor of a headscarf ban one month before a new law comes into effect and puts an end to years of debate. 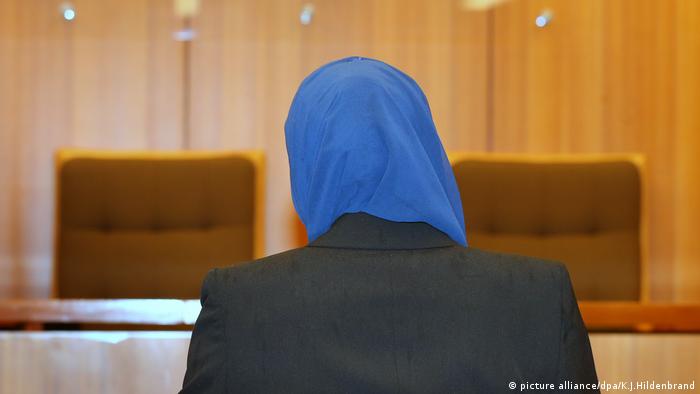 A court in the southern German city of Munich has overturned a 2016 lower court's ruling that struck down a Bavarian state ban on headscarves in courtrooms.

Even if the claimant had won on Wednesday, victory would have been short-lived. The case led the Bavarian parliament to pass a state law completely prohibiting people from wearing religious symbols in courtrooms. The law is set to come into effect in April.

Read more: I'm an Arab woman; am I oppressed?

Why today's ruling is symbolic: In response to the 2016 verdict, Bavaria's center-right government proposed a law forbidding legal officials from wearing religious "clothing or symbols that could elicit doubts about their independence, neutrality or commitment to the rule of law." The law passed in February and will, when it enters force on April 1, give the earlier ban a legal basis that it had lacked in the form of a state order.

Men and women pray side-by-side, and there's a female imam who doesn't even wear a headscarf. For many in the Islamic world, these things are inconceivable. A new liberal mosque in Berlin has been causing a stir. (22.06.2017)