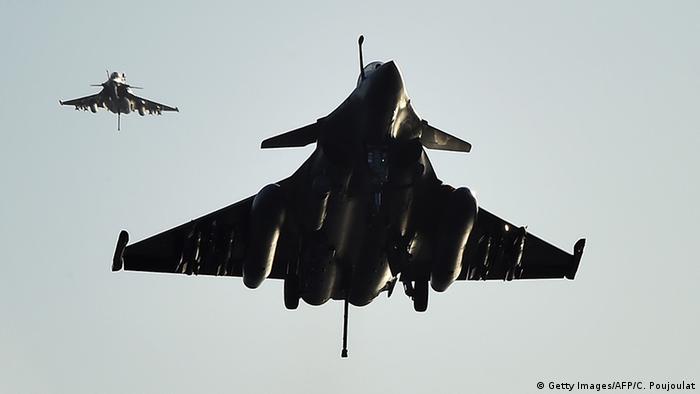 Germany and France agreed Wednesday on common rules for weapons and defense exports.

French President Emmanuel Macron and German Chancellor Angela Merkel hammered out the "legally binding agreement" at a joint ministerial meeting in the French city of Toulouse.

Paris and Berlin have long clashed over arms export policies and licensing rules, which were stumbling blocks to closer defense cooperation and developing the European defense industry.

France, for example, has maintained weapons sales to Saudi Arabia, while Germany halted them over the kingdom's war in Yemen and the murder of Saudi journalist Jamal Khashoggi.

That gave Germany an effective veto over the export of Franco-German defense systems and hindered the development of new tanks, combat jets and drones. Both sides view exports as critical to the viability of future joint projects.

Under the deal reached Wednesday, Germany would only have a say in the French export of joint military systems if its contributions were over a certain threshold.

Diplomatic sources told Reuters and dpa news agencies that a 20% threshold of components would require export consent from the country where the component was manufactured.

Macron hailed what he said was a "major agreement," while Merkel said the arms export compromise would provide predictability and reliability.

The agreement is likely to anger the opposition in the German parliament and Merkel's Social Democrat (SDP) coalition partners, who have advocated strict arms export guidelines.

However, Merkel said she did not expect a problem with the SPD.

German Defense Minister Ursula von der Leyen has described the signing as a "big day for the European defense union." The 'Future Combat Air System' is due to be operational by 2040. (17.06.2019)

Airbus Chief Executive Tom Enders has said Germany's policy of blocking weapons sales with German components to Saudi Arabia is divisive. He warned that "German-free" product lines might need to be developed. (16.02.2019)