Brazil is facing global pressure to contain an 80% increase in wildfires in the world's largest rain forest. Berlin has called for guarantees for the Amazon to be included in the upcoming EU-South America trade deal. 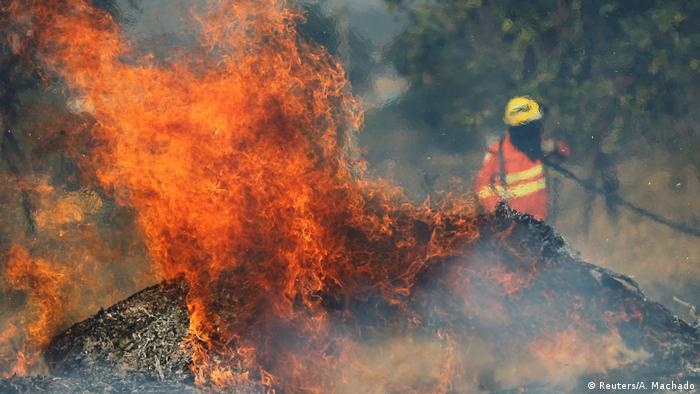 Germany on Friday warned the European Union's trade deal with the South American trade bloc Mercosur could be amended in an attempt to pressure Brazil to better protect the Amazon rain forest.

German Environment Minister Svenja Schulze made the comments in response to concerns about  huge wildfires that are incinerating Brazilian sections of the tropical forest at a record rate as a result of illegal deforestation.

Schulze said advancing the unfinalized trade deal with Brazil, Argentina, Uruguay and Paraguay "would be irresponsible" unless it included clear guarantees of protection for the Amazon.

"It could have incalculable consequences for our planet," Schulze added.

She also questioned Germany's future commitment to an international fund to protect the Amazon which so far has totaled €50 million ($55 million).

Around 60% of the rain forest sits in Brazilian territory. Dubbed the lungs of the planet, the Amazon's trees produce 20% of earth's oxygen needs and its degradation could have severe consequences for the climate and rainfall. 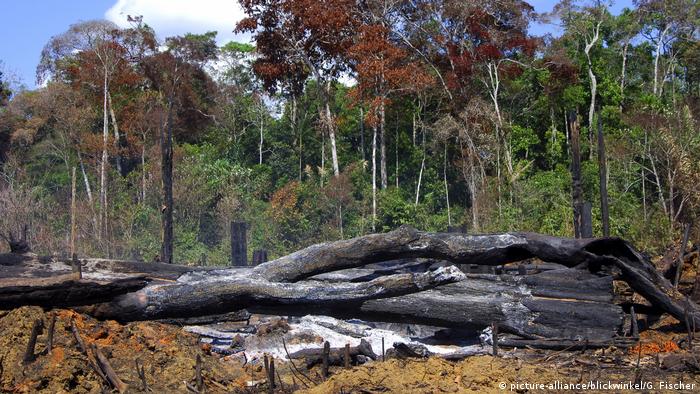 French President Emmanuel Macron and Irish Prime Minister Leo Varadkar went further, vowing to vote against the upcoming Mercosur trade deal if Brazil did not step up efforts to protect the rain forest.

Macron said Bolsonaro had "lied" about climate commitments made at the G20 summit in Japan in June.

The French president and German Chancellor Angela Merkel called for the issue to be brought up at the this weekend's G7 meeting in France.

Later on Friday, a German spokesperson told AFP news agency that France's call to scrap the trade pact "is not the right response" to battle the Amazon fires.

"Failing to conclude the Mercosur agreement would not contribute to reducing the clearing of the rainforest in Brazil," the spokesperson said.

In Finland, which holds the rotating presidency of the European Council, the country's Finance Minister Mika Lintila suggested the European Union needed to look into the option of banning the import of Brazilian beef.

The EU-Mercosur trade deal was agreed in principle in June following 20 years of negotiations. But the agreement is not due to be ratified for a further two years, meaning it could be unpicked.

On Friday, Bolsonaro said he was considering deploying Brazil's army to help fight the Amazon fires, which experts say have increased by 80% this year.

Brushing off concerns about his environmental policy, Bolsonaro has blamed everyone from non-governmental groups, farmers and international actors for lighting the fires.