Germany's government is concerned that proposed changes to EU asylum rules will force it to take in significantly more refugees in the future, according to Der Spiegel. The reforms would also void any caps on refugees. 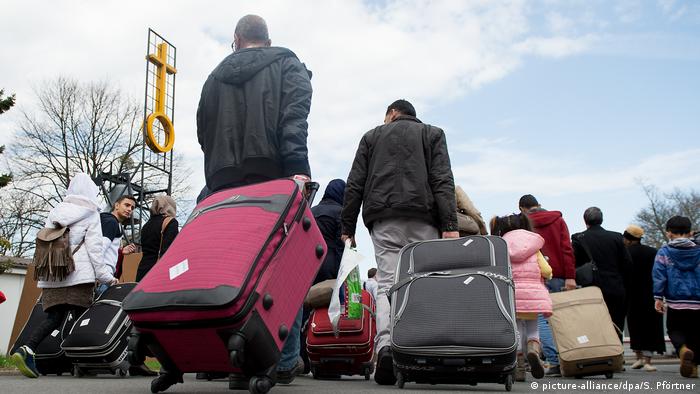 The Dublin Regulation requires people seeking asylum to register in the first EU state they enter, and for that state to assume responsibility for processing their claim. But if the proposed reform is passed, responsibility could shift from the arrival state to the EU country where any of the applicant's relatives live.

Under such a change, "Germany would have to accommodate significantly more asylum seekers," said an Interior Ministry memo, quoted by Der Spiegel. Any caps on refugees would be "nullified," the memo added.

- Refugee family reunification in Germany - what you need to know

The European Parliament put forward its Dublin reform proposal, along with other changes to asylum rules, in November last year. The legislation has to be approved by the European Council, which is made up of member states' government leaders, to become law.

The German Interior Ministry noted that it was particularly worried by a section of the proposal that stated "the mere assertion of a family connection was enough."

"As a result, a member state hosting many so-called 'anchor persons' will take over responsibility for far-reaching family associations," it said.

"If every one of the more than 1.4 million people who have applied for asylum in Germany since 2015 becomes an anchor for newcomers arriving in the EU, then we're dealing with (numbers) on an entirely different scale compared to family reunifications," said Ole Schröder, a parliamentary state secretary in Germany's Interior Ministry. 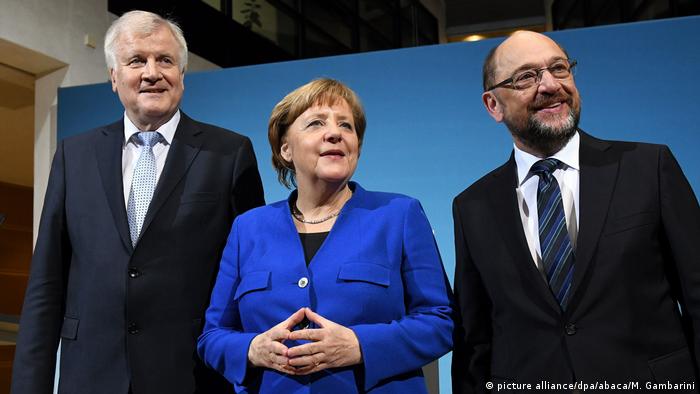 Refugee policy — particularly the right of refugees to bring their families to safety — has been a major point of discussion between Chancellor Angela Merkel's conservative Christian Democrats (CDU) and the Social Democrats (SPD). The two parties this week agreed on a blueprint for formal coalition negotiations, with the aim of eventually forming a new government, more than three months after national elections in September.

The proposed European Parliament regulations could stymie efforts by the CDU and its Bavarian CSU sister party to restrict family reunifications in coalition talks with the SPD.

The current government, which is also a grand coalition, had suspended family reunifications for refugees with a "limited protection status." The new blueprint says this will be limited to 1,000 people per month, and that the number of asylum seekers taken in altogether is to be capped at between 180,000 and 220,000 per year.

CDU politicians Stephan Mayer and Stephan Harbarth stressed that the Dublin reform could have profound implications for Germany.

In a letter to party colleague Manfred Weber, who leads the center-right European People's Party group in the European Parliament, they wrote, "The negotiations on the Common European Asylum System should, under no circumstances, compound the already asymmetrical burden-sharing (of refugees)."

Given fervent disagreement among EU member states on asylum rules, it's unclear whether the reform could ultimately pass. A main thorn of contention remains the implementation of binding quotas aimed to relieve overburdened countries like Greece and Italy, and fairly distribute refugees across the bloc over the protests of other EU members, like Hungary, that do not want to take in asylum seekers under a Brussels-backed plan. A study has found that the number of refugees whose loved ones may join them in Germany is much lower than government estimates. The figures potentially remove an obstacle for Chancellor Angela Merkel in coalition talks. (20.10.2017)