Germany's prospective deal for Chancellor Angela Merkel to head another grand coalition has been slammed by industry leaders as "expensive." Asylum advocates say it hands hard-liners a "triumph" over human rights.

Mario Ohoven, president of Germany's BVMW federation of medium-sized industrial companies, said a further coalition — potentially Merkel's third with the SPD since 2005 — would be "costly for Germany."

The outcome of six days of exploratory talks that peaked early Friday would raise the cost of labor, worsen competition and ignore the need for tax competitiveness, Ohoven asserted.

President of the German Chamber of Commerce (DIHK), Eric Schweizer, said the prospect of a government being formed after a 3-month hiatus was "important and good" but that a great policy vision was not discernible. 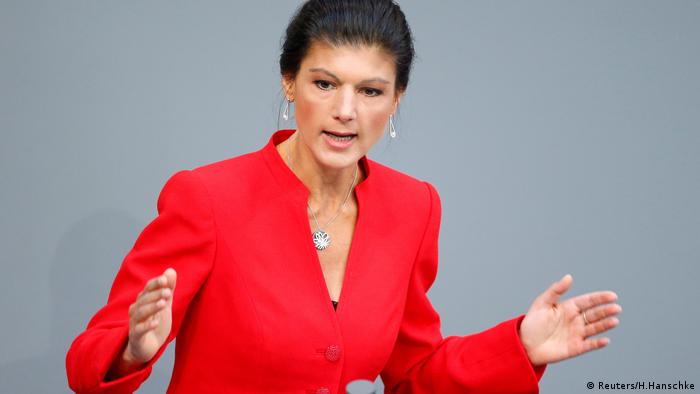 Pro Asyl (Pro Asylum), a church-backed lobby group, slammed as "injurious" the prospective coalition's aim to keep refugee arrivals below 220,000 annually and to first sort applicants at centers into those to be expelled or forwarded to municipalities.

"That is a triumph by hard-line [politicians] over humanity and human rights," said Pro Asyl, despite the paper's claim that the right to asylum remained untouched.

The VdK, representing 1.8 million members, also welcomed the prospective coalition's intention to fix acute shortages of nursing personnel for senior residents but said access to basic pensions for the poor was far from everyday reality.

At the EU level, the prospective deal was welcomed by European Commission President Jean-Claude Juncker during a visit to Sofia, Bulgaria.

"I'm very satisfied content-wise with what the CDU/CSU and SPD have reached in terms of joint policies for the future," Juncker said, referring to Merkel's Christian Democrats and allied Bavarian Christian Social Union and Schulz's Social Democrats.

Prime Minister Boyko Borissov of Bulgaria, which currently holds the bloc's rotating presidency, said the EU was waiting "impatiently" for Merkel to reemerge, heading a new coalition: "for the benefit of all."

Italian Prime Minister Paolo Gentiloni commented via Twitter that the agreement between Merkel and Schulz was "a good item of news for Europe."

French President Emmanuel Macron said he was "happy and satisfied" that a new Merkel-led coalition was in sight. The coalition blueprint document commits: "in close partnership with France," to "sustainably strengthen and reform the eurozone so that the euro can better withstand global crises." 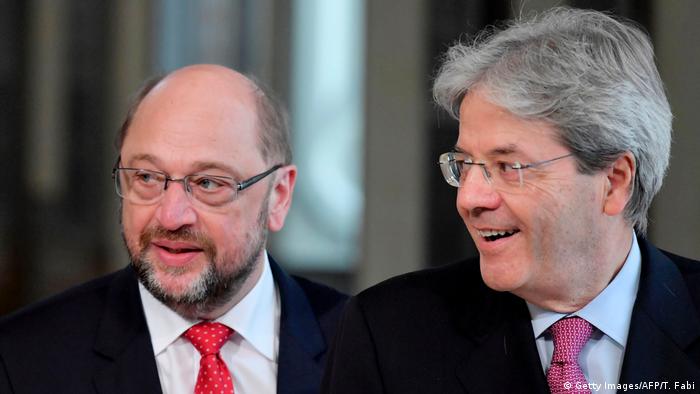 For the deal, Schulz said Friday he had the unanimous endorsement of the SPD's negotiating team, but he still needed clearance from a party conference to be held in Bonn on January 21.

Already, the SPD's youth and left-wing factions have renewed calls — made just after the party's electoral drubbing on September 24 — that the SPD should not enter into another coalition with Merkel and instead reinvent itself in opposition.

The SPD ran the risk of handing the opposition role in parliament to the new-entrant far-right Alternative for Germany (AfD), she said. Another skeptical SPD parliamentarian, Marco Bülow, warned the deal would not ameliorate "great inequality" in Germany but boost left and far-right sentiment while further eroding decades of support for the SPD and Merkel's conservatives.

The SPD party base had to be mobilized, Bülow said, to "stop this grand coalition from within Social Democrats."

Should Schulz clinch party approval in Bonn, formal coalition negotiations could begin on January 22, resulting potentially in a new government formed by March.

Coronavirus: Germany recommends AstraZeneca vaccine for under-65s only 45m ago