Government statistics have planned for an increase in the number of jobless as thousands of newcomers search for work. Next year would be the first since 2013 to see a rise, though experts see little cause for alarm. 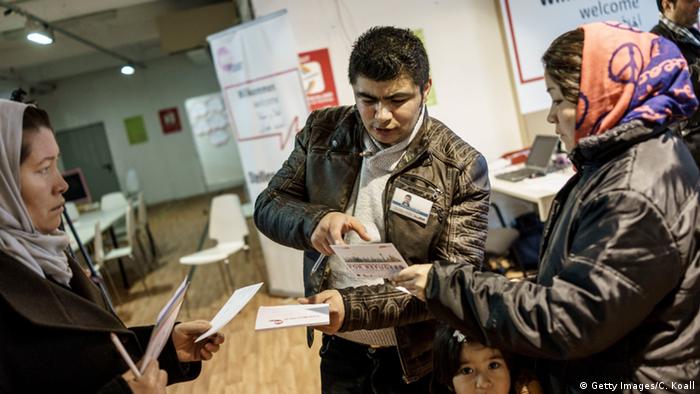 A report by the German newspaper "Bild" on Tuesday drew attention to German government numbers projecting a rise in the country's unemployment level in 2017 due to the recent influx of migrants. This would be the first annual increase in unemployment in four years.

The government afterwards confirmed the projection, while reiterating that was hardly a reason to worry.

"Unemployment in 2017 should rise for the time being as refugees increasingly enter the job market," Enzo Weber, a researcher with Germany's Federal Employment Agency told Reuters on Tuesday. But, he stressed, "the fundamental development of the job market is positive."

Germany's unemployment rate is currently at its lowest level since the country's reunification in 1990.

"What will prove decisive is a sustainable integration of refugees in the middle term," Weber added.

An April government report projected that about 110,000 people would be added to the country's unemployment rolls in 2017, lifting the total above 2.86 million. The number is anticipated to reach 3.1 million by 2020.

Nearly 141,000 refugees were counted as unemployed in July. The number has been rising at a monthly rate of about 10,000, according to the employment agency, and it could rise still as Germany's Federal Agency for Migration and Refugees (BAMF) speeds up its processing of asylum applications.

The German government has meanwhile taken up measures this year to boost opportunities for refugees to find work.

Angela Merkel's coalition government worked out a program that will add around 100,000 modestly-paid "one-euro jobs" to supplement welfare benefits, aimed especially at asylum applicants waiting on a decision.

Labor Minister Andrea Nahles' budget will also be raised by almost 8.8 million euros ($9.9 million) in 2017 to 138.6 million euros, in part to bolster welfare and integration programs for refugees, who will increasingly be allowed to receive welfare benefits under the country's Hartz IV welfare scheme.

One study has found that entrepreneurs with foreign backgrounds in Germany have created around 1.3 million jobs in Germany. The study said the cliché of migrants owning Dönner shops and kiosks does not reflect reality. (11.08.2016)

The German telecommunications firm logged turnover of more than €100 billion for the first time in 2020. The record-breaking figures came on the back of its expansion in the United States.