One study has found that entrepreneurs with foreign backgrounds in Germany have created around 1.3 million jobs in Germany. The study said the cliché of migrants owning Dönner shops and kiosks does not reflect reality. 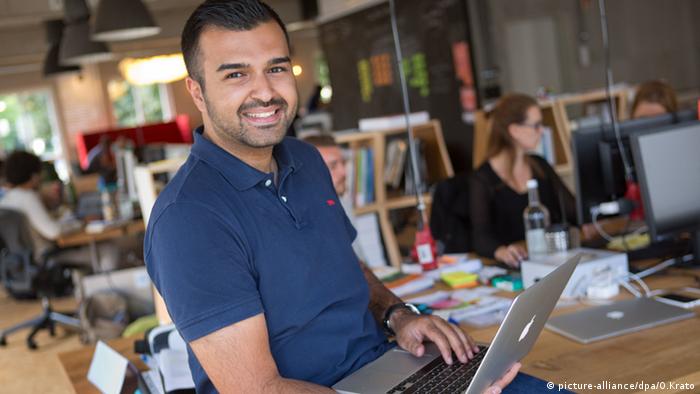 The number of business-owners with migrant roots and the people they employ has risen in Germany, according to a Bertelsmann Foundation study released on Thursday.

"We show with our study that people with a migrant background in Germany do not take away jobs from anyone - quite the opposite," said Aart de Geus, chairman of the Bertelsmann Foundation.

De Geus said that business owners with foreign roots serve as a "job engine" for the German job market.

According to the Bertelsmann study, the number of jobs created by entrepreneurs with migrant backgrounds rose by 36 percent between 2005 and 2014, rising from 947,000 to 1.3 million.

The figures are "more remarkable" when taking into consideration the fact that the number of people with immigrant backgrounds in Germany has increased by nine percent between 2005 and 2015, said the Bertelsmann Foundation.

This image, the study said, is far from reality. Only 28 percent of business owners with foreign roots are active within the restaurant and retail sectors, marking a 10 percent decrease since 2005, the study said. Many are present in other service sectors, including construction or manufacturing.

"The data shows more and more that we can say goodbye to these clichés," said Armando Garcia Schmidt, who lead the Bertelsmann study.

According to experts one of the main reasons for this discrepancy is the low education levels of migrant entrepreneurs. In recent years, however, many workers with migrant backgrounds are more frequently entering more profitable business sectors.

"People with a migrant background are not only working as self-employed persons, but they also create jobs and allow many people the chance to participate on the job market," emphasized De Geus.

A think tank study has found that many German companies are rising to the challenges posed by the influx of migrants. Jobs and training are indispensible to the integration effort, the report emphasizes. (10.05.2016)