The number of people applying for asylum in Germany has slowed down, with figures from this year expected to be lower than in 2018, according to a report. The vast majority of applications, however, are rejected. 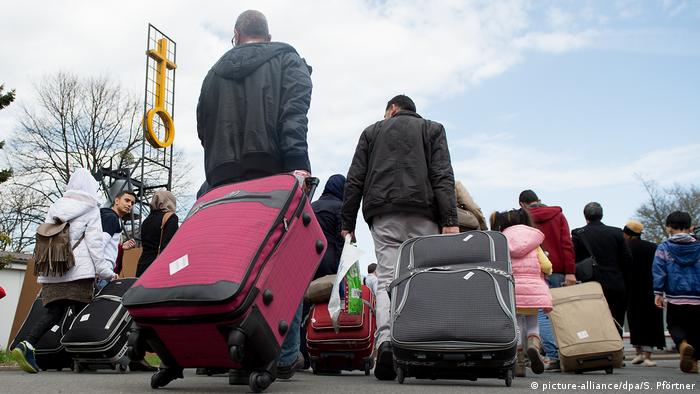 Hans-Eckard Sommer, the head of the Federal Office for Migration and Refugees (BAMF), told the paper that the office has received around 110,000 new applications so far this year.

The number of people seeking protection in Germany has steadily dropped in recent years, after peaking in 2015 following Chancellor Angela Merkel's decision to welcome around 1 million refugees and migrants from mostly Middle Eastern countries.

In the years since, Germany has toughened its migration laws, allowing for quicker deportations, while expanding the powers of police and immigration authorities.

Read more: Chances of refugees gaining asylum depend on where they apply in Germany

Immigration chief: Most 'don't have grounds for asylum'

Although the figures are down, Sommer voiced frustration with the number of new arrivals.

"Even if the authorities can cope with the current amount, there are still too many people using asylum routes," he said.

According to the BAMF head, only 35 to 38% of asylum applications end up being approved.

"That means almost two-thirds of the people coming to Germany don't have grounds for asylum," he told Bild am Sonntag.

Sommer praised the federal migration office for its role in combating terrorism, saying the office's ability to collect data from asylum-seekers' cell phones has helped.

"Many successes in the fight against terrorism were also brought about by our information," Sommer said, adding that he viewed the BAMF as a "security agency."

In 2017, a new law to speed up deportations enabled the BAMF to examine asylum-seekers' cell phones, tablets and other data storage devices — albeit to determine their identity.

A report from public broadcaster Bayerischer Rundfunk earlier this year found that although authorities downloaded and saved data from thousands of asylum-seekers' phones and laptops, less than a third had been analyzed.

Of the data that ended up being analyzed, the information proved useless almost two-thirds of the time when it came to determining an applicant's identity.

Asylum-seekers and refugees continue to be the targets of attacks in Germany — and they are almost always victims of far-right violence. Offenses range from verbal slurs to arson and dangerous bodily harm. (05.09.2019)