Nearly all decisions to grant migrants asylum in Germany were justified, officials found after reviewing some 62,000 claims, according to a newspaper report. Hundreds of officials work on reviewing old cases. 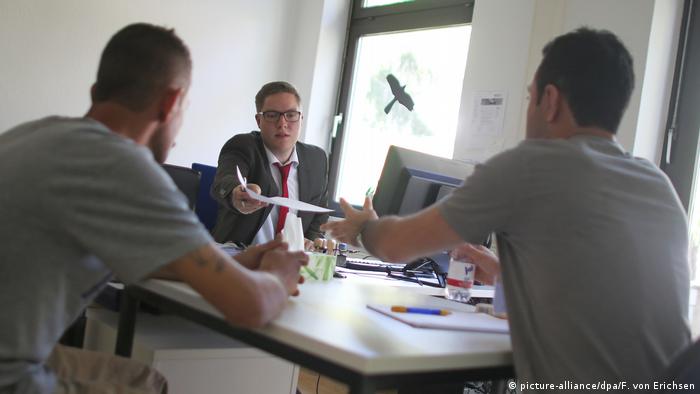 While reviewing successful asylum applications, German officials found that only a tiny minority of asylum-seekers provided false information or tried to trick the officials, according to official data cited by Süddeutsche Zeitung on Thursday.

Germany's migration agency, BAMF, looked into some 62,000 old claims in the first half of 2019. The officials kept the refugee status in place for over 97% of the cases reviewed, with another 2% losing it due to a change in circumstances, such as improvement in their home countries or recovering from an illness.

In the review, only around 330 people, or about half of 1%, lost their asylum status due to dishonesty.

Even the much-criticized survey procedure, which allowed mostly Syrian refugees to gain asylum by simply fulfilling a questionnaire during the peak arrival period of 2015 and 2016, turned out to be largely effective. Migration officials looked into over 32,000 of such documents to find less than 1% were forged or carried false data.

Some 98.8% percent of applicants who had been admitted via the questionnaire have had their asylum status prolonged.

Reviewing successful applications is an important element in BAMF workload, with around 720 officials dealing specifically with the issue.

BAMF provided the data after an inquiry from the Left party in the German parliament.

Commenting on the results, Left lawmaker Ulla Jepke said it was "absurd" to have hundreds of employees work on blanket checks.

"So many people are used for extensive checks, which ultimately bring nothing — except unnerving the refugees and burdening BAMF," she said.

Instead, officials should review cases only when there are grounds for suspicion, she added.

It would be much more important to "improve the quality of the asylum process, provide additional training to the employees and foster quick integration of people who need protection."

Official data also shows that over some three quarters of all BAMF's negative decisions on granting asylum are later disputed in court, according to a separate report by Rheinische Post on Thursday.