Rejected asylum seekers in Germany almost always challenge the decision in court, and around 40 percent of them win. The number of such appeals nearly doubled from 2016 to 2017. 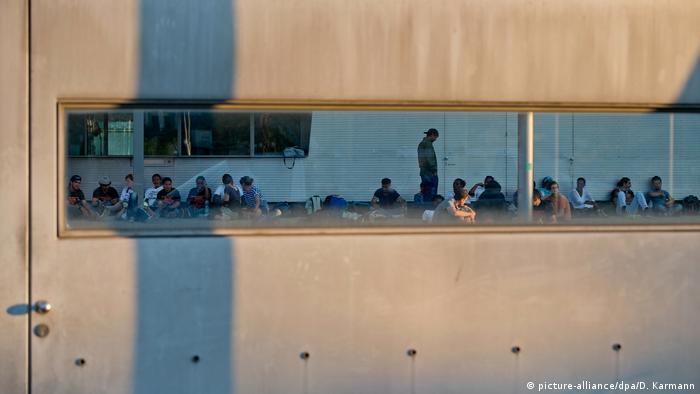 Nearly half of all rejected asylum seekers win their challenge against the decision, according to a report published Friday.

Over 328,000 asylum seekers appealed the decision to deny them asylum in Germany in 2017. The new data resulted from the government's response to a query by the opposition Left party obtained by the Süddeutsche Zeitung daily.

That figure is almost double the amount in the previous year. Decisions were made on 146,000 cases.

Around half were formally decided in Germany's courts, meaning they were made without a closer examination of the content of the asylum submission. That is because plaintiffs reached a deal with Germany's Federal Migration Office (BAMF) or withdrew their claim before the verdict.

In the remaining cases, however, where the courts decide on the substance of the appeals (for instance rejection of the application to implement further asylum proceedings), some 40 percent of plaintiffs managed to overturn the BAMF's decision.

Refugees from Syria and Afghanistan were successful in over 60 percent of the cases.

Only about 1,400 asylum seekers decided to file a second appeal after losing in court. The BAMF ultimately won nearly all of those cases.

Read more:  A good interpreter can make all the difference for an asylum seeker

The data shows that around 91 percent of asylum seekers took their case to court after being rejected by BAMF in 2017. The courts complained of an enormous caseload, according to the newspaper.

Senior Left party lawmaker Ulla Jelpke on Friday called for the refugees to be provided with better legal counsel. According to Jelpke, there would be fewer misunderstandings if asylum seekers were better prepared for their hearings.

"Ultimately, this will also raise the quality of BAMF's decisions," she said. "There would be fewer appeals und fewer overturned decisions."

Success on appeal meant that most of the refugees received protection under the Geneva Refugee Convention, but only a few were given asylum as enshrined in the German constitution, which is a status granted only to politically persecuted people who did not come to Germany from a secure third country.

The difference in status is important, as only those who receive asylum can be legally followed to Germany by family members.