The 100-member Franco-German assembly has met for its first biannual summit in Paris. The body is designed to implement the new so-called Aachen treaty and make proposals concerning Franco-German relations. 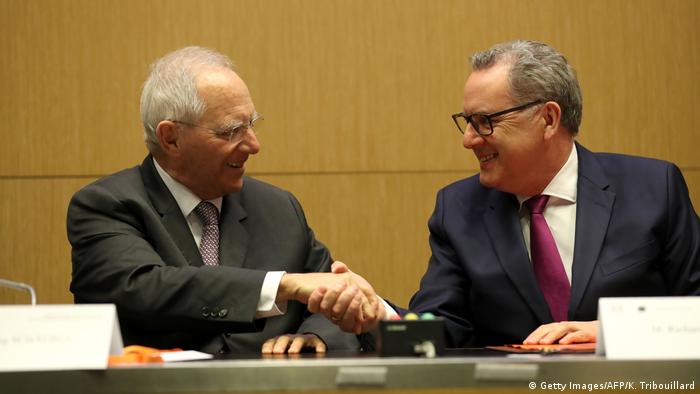 A new Franco-German assembly met in Paris on Monday in their first biannual summit as French and German parliaments deepen relations.

The move aims to cement the special bond and influence the two countries traditionally have in the European Union.

"Germany and France have a special responsibility for Europe," the Bundestag president said, adding that the new assembly "will neither impair nor abolish the sovereignty of either nation."

What is the Franco-German assembly?

The new body is designed to "make proposals concerning Franco-German relations," according to its founding document. Schäuble gave two examples on Monday: common ground on security and defense policy and the development of a Franco-German economic area. However, it cannot make binding decisions nor does it have its own budget sovereignty.

The assembly is to also monitor the implementation of a new friendship treaty signed by Merkel and French President Emmanuel Macron at the end of January.

Every parliamentary group of the Bundestag and the Assemblée Nationale will have at least one seat in the Franco-Germany assembly. There are currently 14 factions represented in the body, eight French and six German. The assembly will meet on a biannual basis, once in Paris and once in Berlin.

Politicians in Germany have bowed to French pressure to cut down trees in Berlin. The trees, which blocked a sculpture given to the city by France, are doomed. Is this what it takes for good neighborly relations? (22.02.2019)