German parliamentarians have approved a new assembly of German and French lawmakers to deepen ties between the two countries. German deputies are preparing to attend the first session in Paris next week. 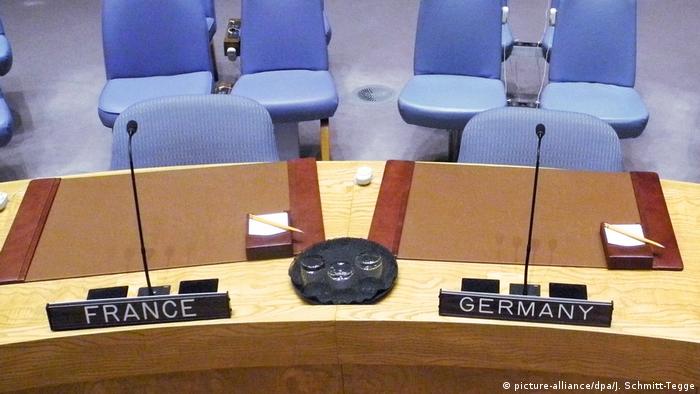 Following their French colleagues, Germany's Bundestag parliament voted on Wednesday to create a 100-seat assembly of French and German lawmakers.

The 50 German and 50 French deputies are to meet twice a year to discuss "proposals which concern issues of Franco-German relations."

The aim is to strengthen ties between the two leading EU states, although the assembly's conclusions will not have any legal power.

Deputies from all of Germany's parliamentary parties and nearly all factions in the French parliament are to be represented, with the notable exception of Marine Le Pen's National Rally. The rightwing party only won eight out of 577 parliamentary seats in France's 2017 elections, too few to warrant a seat in the mini-assembly.

France, Germany and the 'unique' relationship

The new parliament was formed as a result of the agreement signed by Chancellor Angela Merkel and President Emmanuel Macron in the west German city of Aachen in January. The French National Assembly approved it earlier this month.

German lawmakers, led by Bundestag President Wolfgang Schäuble, are set to travel to Paris next week for the first session on Monday. Schäuble told journalists that sensitive topics are expected to be on the agenda, such as the idea of an EU army and any risks posed by French nuclear power plants.

The French National Assembly head, Richard Ferrand, said the new mini-parliament would be "unique" and symbolize "the intensity of our relationship."

However, French leftist leader Jean-Luc Melenchon claimed that Berlin and Paris would "upset our other European partners by giving them the idea that everything is run by two countries."