A combined German-French parliamentary assembly that will be able to propose joint, but non-binding, resolutions has been given the green light by France's National Assembly. Its first sitting is on March 25 in Paris. 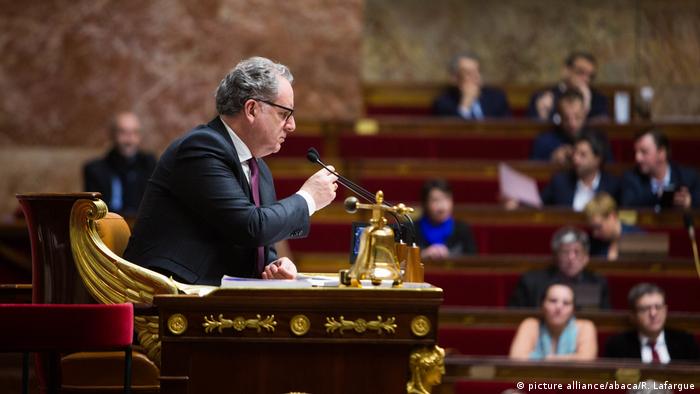 "Building such a unique parliamentary institution is a sign of the intensity of our relationship," said Ferrand, referring to Paris' and Berlin's renewal in Aachen in January of the Elysee Treaty, their 1963 post-war reconciliation pact.

Still awaited is the German Bundestag approval of the new body, expected when Berlin votes to ratify the new Treaty of Aachen.

The assembly would meet twice a year, would comprise 100 members — drawing 50 parliamentarians from each assembly — and would be able to propose, but not dictate, joint resolutions to the National Assembly and Bundestag.

In French parliamentary circles, radical leftist leader Jean-Luc Melenchon argued that France had more in common with southern Europe than with Germany.

The "idea that everything is run by two countries" [Germany and France] went against the interests of other European countries, said Melenchon, referring to Europe's past strains over euro zone crises, immigration and Brexit.