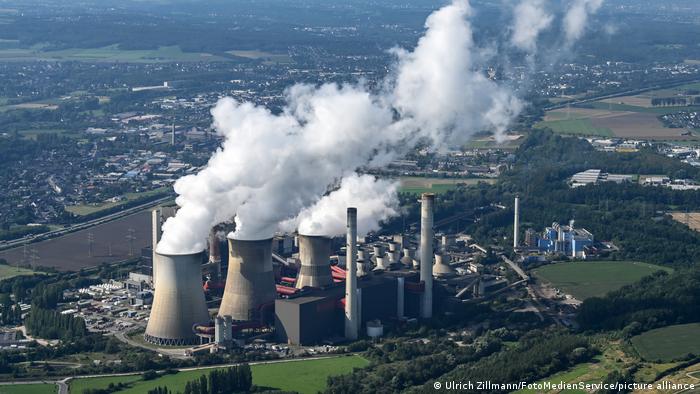 Energy giant RWE won another court victory on Monday and will be allowed to proceed with its lignite-mining operation in western Germany. A farmer and two tenants had appealed a verdict that will allow RWE to clear forest, demolish buildings and excavate land at the edge of their property, effectively destroying the village of Lützerath.

The court in the city of Münster sided with an earlier decision by an administrative court in Aachen, which held that RWE was not violating constitutional environmental protection regulations.

'We will defend Lützerath'

Anti-coal and deforestation activist group Ende Gelände immediately announced its intent to protest the destruction, saying: "If the courts don't prohibit RWE from continuing to extract coal from the ground, then we'll do it ourselves. There can only be one verdict — Lützerath must stay. Anyone who digs up Lützerath accelerates the climate crisis and gambles away all of our futures. ... We will defend Lützerath. ... There are many of us, and we will not rest until the last coal excavator has been stopped."

Man against machine: Defying a giant

The group further accused energy companies and political leaders of instrumentalizing the war in Ukraine as an excuse to continue mining coal. The European Union is currently facing an energy crunch, and members are trying to wean themselves off of Russian gas following the invasion of Ukraine.

The group had previously blocked the destruction of the nearby Hambach forest for similar purposes by occupying the area in tree houses for months. Ende Gelände activists have already been protesting by occupying abandoned houses in Lützerath, which was almost completely demolished last fall.

The village has long been a flash point in the conflict between the energy firm and environmental activists, as RWE has slowly resettled the village's inhabitants since 2006.