The wood in western Germany where activists set up tree houses and barricades in 2012 has become a symbol of the environmental movement. Police have launched a fresh attempt to clear forest roads, citing safety concerns. 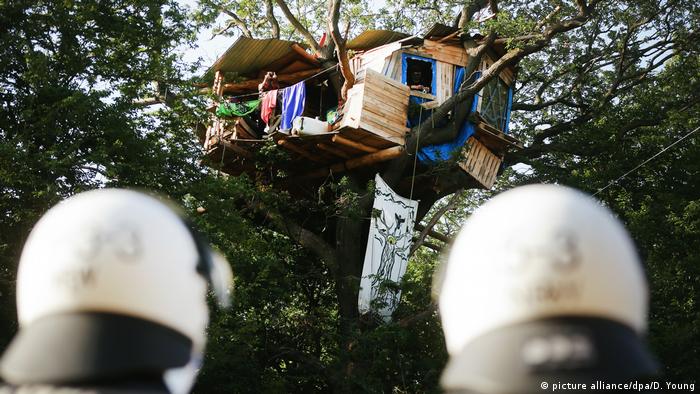 Police descended on the Hambach Forest in western Germany on Tuesday in a fresh effort to clear barricades set up by environmental activists to prevent the development of an open-pit coal mine.

Activists have been living in tree houses in the forest since 2012, where they also set up structures to block forest roads. With some of the structures up to 15 meters high and blocking entire roads, police said they need to be cleared under law to allow emergency vehicles access. 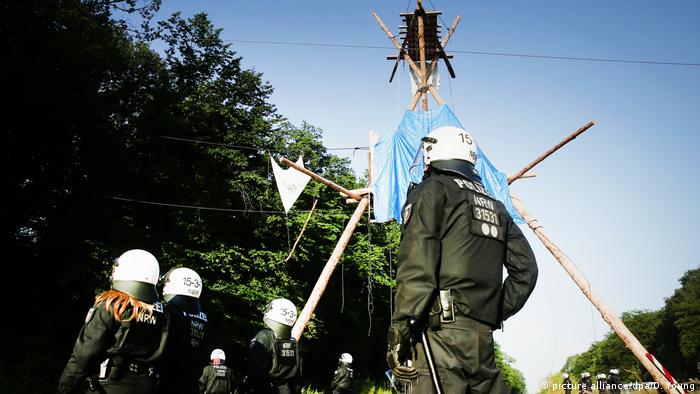 "The woodland is accessible to the public, so patrols have to be able to drive through it," a police spokesperson said, German news agency dpa reported. They confirmed they did not plan to remove the tree houses, only structures on public roads.

Writing on Twitter, the activists claimed that around 100 officers had arrived at around 7 a.m. local time.

Read more:  Climate strikers get inventive during the COVID-19 crisis

What do the activists want?

Around 100 people are resident in the ancient forest which lies in the state of North Rhine-Westphalia (NRW) between the cities of Cologne and Aachen.

Activists first built the tree houses and set up residence in 2012 as part of an effort to protect one of Germany's oldest and most biodiverse forests from a coal mining development by energy company RWE,

Events came to a head in fall 2018, when thousands of protesters arrived in the forest while police attempted to clear all protesters from the site, in what has been described as one of NRW's largest police operations ever. 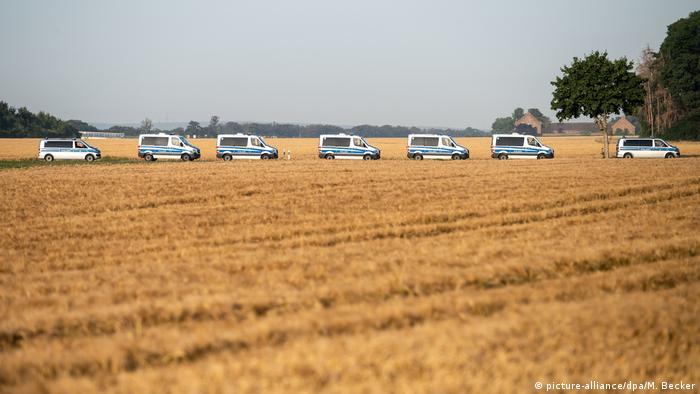 What do the police want?

Owing to the fresh press attention in 2018, the Hambach Forest has become a symbol of the environmental and green movement in Germany, even including a visit from teen climate activist Greta Thunberg in 2019.

Since the expansion of the coal pit was announced eight years ago, Germany has wound down its coal mining and plans to completely phase out coal power by 2038.

Federal authorities agreed in early 2020 that the Hambach Forest would not be developed, and RWE said it would halt logging. While activists hailed the decision as a victory, most have refused to leave the site.

Police have stressed that Tuesday's operation had nothing to do with the forest settlement's long history or political concerns — saying their sole concern was securing access to local roads.