The company has agreed to a request by the NRW state government, signing a one-year moratorium on logging. The state asked RWE to halt logging to ease tensions at the site, which has become a flashpoint for protests. 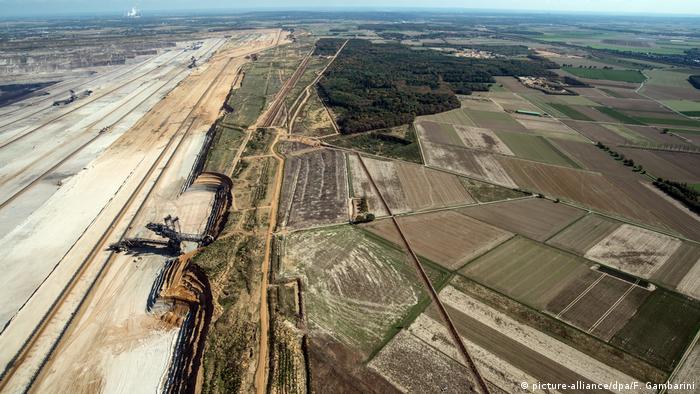 North Rhine-Westphalia's (NRW) State Premier Armin Laschet announced a moratorium on logging at the contentious Hambach Forest on Wednesday. Speaking to the state parliament, Laschet said that he had received written confirmation that energy giant RWE would not move forward with plans to deforest the site.

Laschet told parliamentarians, "This means that there will not be any felling of trees until the autumn of 2020." Laschet had asked for the moratorium as a way to calm a tense standoff between environmentalists and RWE.

The Hambach Forest site has been the scene of violent clashes between police and environmentalists protesting to protect the woods by erecting treehouses and chaining themselves to RWE equipment.

The forest is also the subject of an ongoing court battle, though RWE says the legal standoff had nothing to do with Wednesday's decision. A court injunction was placed on logging in October in order to allow time for environmentalists' concerns to be heard.

Laschet called on environmentalists to leave the site, saying "All sides are now called upon to show signs of understanding." Protesters have thus far been unwilling to vacate the premises for fear that this would simply pave the way for the company to clear cut what remains of the ancient forest.

RWE, which employs some 10,000 people in NRW, says that preserving the forest could cost the company tens of millions of euros. Speaking of the decision to temporarily halt logging, a company spokesman said, "it implies significant operational limitations."

The company's plans to push forward with deforestation have also come under increasing scrutiny in light of the fact that a federal commission last month presented a timetable to wean Germany off coal entirely by 2038.

Laschet made reference to that timetable Wednesday, calling for RWE to "finally shelve the plans." He called the challenges faced by politicians in NRW regarding a reorientation of energy policy a "mammoth task."

Energy companies are currently in negotiations with the federal government over the financial ramifications of a shift away from coal. The companies are intent on wresting compensation for their losses and various coal producing regions are also looking for some €40 billion ($45 billion) in financial aid for restructuring over the next 20 years. NRW is set to receive some €15 billion in assistance.

Final numbers will not be announced until negotiations between the federal government and energy providers are completed.

Germany is set to widely miss its 2020 emissions goals, in part because of its continued dependence on coal as a source of energy.