Germany emphasizes importance of two-state solution | News and current affairs from Germany and around the world | DW | 15.02.2017

Germany has reaffirmed its support of a two-state solution in the Middle East after reports the US was open to alternatives. The discussion occurs as US President Trump prepares to host Israeli Prime Minister Netanyahu. 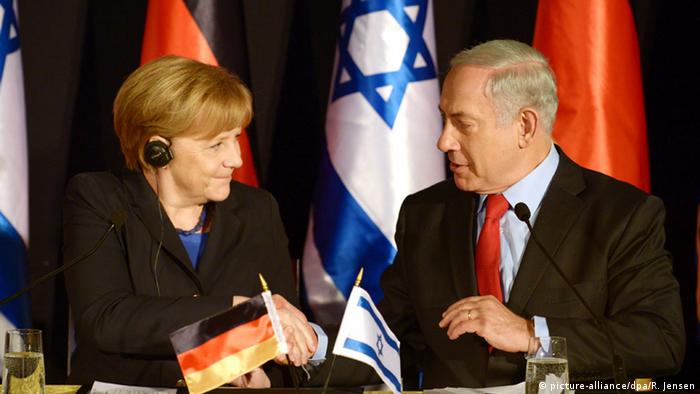 Following comments from the White House that - contrary to America's long-standing policy - a two-state solution may not be necessary for peace in the Middle East, Germany has insisted that the approach cannot be abandoned.

The head of a German parliamentary committee on foreign affairs, Norbert Röttgen, was quoted by "Die Welt" newspaper as saying "the two-state solution is the only way Israel can remain a democratic and a Jewish state at the same time."

Niels Annen, foreign policy spokesperson for the Social Democrats in parliament, told the same paper that if the alleged shift in the US stance on Israel was indeed true, "it would torpedo the efforts of the United Nations and cause a break in German-American Middle East policy."

"There is no alternative solution for the situation between the Palestinians and Israelis, other than the solution of establishing two states and we should do all that can be done to maintain this," Guterres said Wednesday from Cairo.

On Tuesday, a White House official speaking to reporters in a press briefing said that in the Middle East, "peace is the goal," but not necessarily the two-state solution.

"Whether it comes in the form of a two-state solution […] or something else, if that's what the parties want, we're going to help them," the official said, who spoke on the condition of anonymity.

The White House official said rebooting the Middle East peace process was a high priority and that he hoped to bring Israelis and Palestinians together soon. Trump has also given his son-in-law, Jared Kushner, the task of negotiating a peace deal.

Palestine Liberation Organization official Wasel Abu Yousef responded by saying "this kind of talk would only further agitate the region and bring turmoil and unrest because it scraps the possibility of establishing a Palestinian state."

A spokesperson for the EU's foreign policy official, Federica Mogherini, also reaffirmed the EU's support for the two-state solution.

The two-state solution is seen by many as the only way to achieve lasting peace between Israelis and Palestinians in the Middle East. However, Israel's policy of expanding settlements under Prime Minister Benjamin Netanyahu has put it at odds with the international community - including the United States - making a two-state solution a difficult prospect for the time being.

Trump is expected to host Netanyahu later on Wednesday at the White House for their first meeting since power changed hands in Washington.

Netanyahu won re-election in 2015 by insisting he would not accept the creation of a Palestinian state, a promise that substantially strained relations with then-President Barack Obama's administration.

Trump's election was welcomed by many in Israel of a sign of a shift in the relationship between the two countries.

US President Donald Trump is reportedly ready to back away from explicitly supporting a two-state solution as a means to solve the Israeli-Palestinian conflict. If true, that would be a worrying development. (15.02.2017)