A court has halted the bidding process for firms to grow cannabis plants that would be used medicinally in Germany. The ruling comes as Germany struggles to meet demand for cannabis on prescription. 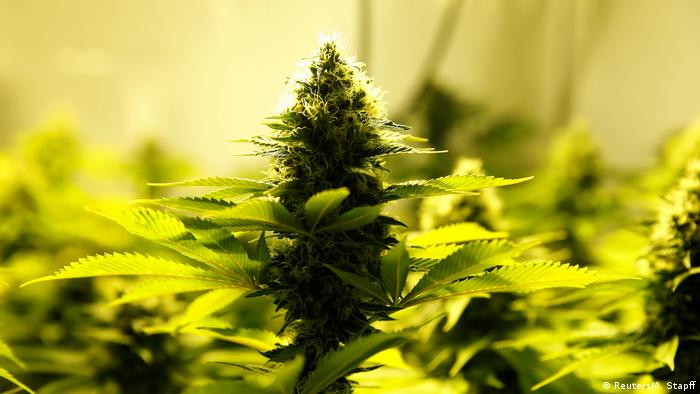 Düsseldorf's Higher Regional Court on Wednesday ruled to stop the controversial tendering process for firms wishing to grow and supply cannabis for medical purposes within Germany.

The lucrative contract was for the production and delivery of up to 6.6 metric tons of cannabis per year, with the cultivation planned to take place within Germany. However, the tendering process was deemed to have taken place over too short a period of time.

In April, Germany's Federal Agency for Medicines and Medicinal Products (BfArM), released an 18-page tender document, for which 118 companies applied. It envisaged the growing of up to 6,600 kilograms (14.550 pounds) by the year 2022.

The first harvest had been planned for 2019. Reacting with disappointment, the Bonn-based BfArM said it would not now be possible.

In a statement, the agency — which would pass cannabis on to pharmacies — said it would "make the necessary decisions to be able to start a new tendering process as soon as possible."

Change of the rules

Some 10 firms made the shortlist, and a decision had been imminent. However, the bidding process was fraught with complications and a number of complaints were made. The Düsseldorf court was charged with ruling on four grievances from different companies.

At least one claimed that the time had been insufficient to adjust its tender after a change was made to the rules during the process.

In an opening to the trial last week, presiding Judge Heinz-Peter Dicks had already criticized the tendering process, saying that the deadline for tenders had been too tight. "This deadline should have been extended," said Dicks.

Speaking on behalf of the BfArM at the time, lawyer Heike Dahs said that ending the process would be "very bad for the care of patients."

Cannabis on prescription has been possible in Germany since March last year, with the number of people receiving the treatment rising dramatically in the meantime. However, patients have struggled to get hold of the drug, which is imported at high prices from already-established markets in Canada and the Netherlands.

A "cannabis lobby" is pushing for marijuana to be legalized in Germany, according to a German lawmaker who presented the annual report on drugs. The conservative Marlene Mortler urged more help for children of addicts. (19.08.2017)

Uruguay is set to become the first country to allow recreational marijuana to be sold in pharmacies. It is the final step of a nearly four-year process to legalize the production, sale and consumption of marijuana. (07.04.2017)