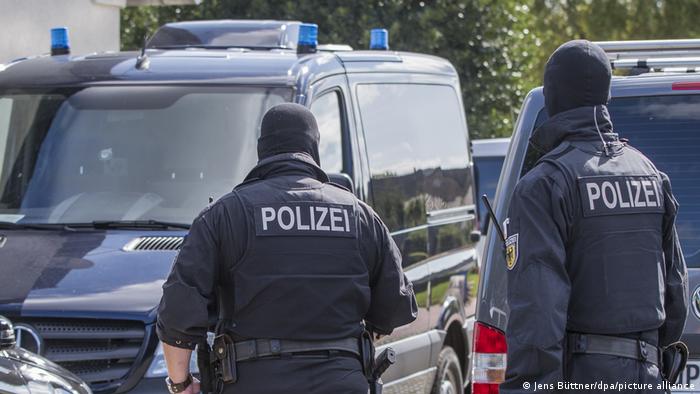 The men were arrested in nationwide raids in February.

Eleven of the suspects stand accused of belonging to a terrorist organization and weapons offenses, according to regional public broadcaster SWR, which first reported on the charges. The 12th is accused of supporting a terror group.

The suspects are believed to have set up a "right-wing terrorist organization" with the goal of "destabilising and ultimately overthrowing" Germany's democratic order, prosecutors said when they announced the arrests in February.

They allegedly planned to spark "a civil-war-like situation ... via as yet undefined attacks on politicians, asylum seekers and people of Muslim faith."

The group's members, all of whom are German citizens, allegedly held regular meeting led by two prime suspects, identified only as Werner S. and Tony E.

Right-wing terror groups have drawn the attention of authorities after the 2019 murder of conservative local politician Walter Lübcke and an attack on a synagogue in eastern city of Halle in October last year. Both cases were linked to the extreme right.