After a series of bomb threats were sent to mosques and media companies in Germany this summer, authorities have now zeroed in on seven suspects. The threats carried the signatures of several right-wing extremist groups. 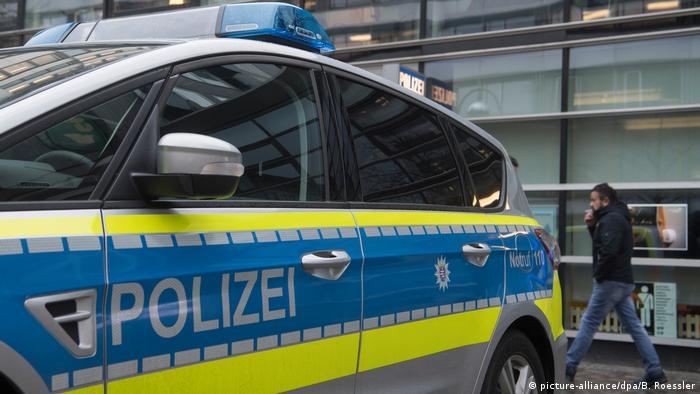 Authorities carried out raids across Germany on Wednesday morning as part of an investigation into threatening letters believed to be sent by right-wing extremist groups.

Some 120 officers took part in the raids in the southern states of Baden-Württemberg and Bavaria as well as in the eastern states of Thuringia and Saxony-Anhalt.

The state of Bavaria's interior minister, Joachim Herrmann, said authorities were investigating seven suspects. Six of the suspects were detained but released at the end of the operation while the seventh suspect is yet to be found.

Authorities did not immediately reveal further details about the locations of the raids but said that several data storage devices were seized and being analyzed.

In July, a total of 23 threatening messages were sent to mosques, Islamic organizations, political party headquarters and media companies as well as a refugee reception center in Bavaria.

Among other threats, the letters mentioned bombing the groups and institutions. The messages were intended "to frighten people and disturb peace in society," Herrmann said.

At the end of the messages, the authors wrote the names of several right-wing extremist and neo-Nazi groups including "Volksfront," "Combat 18," or "Blood & Honour."

The group "Combat 18" took over control of the neo-Nazi network "Blood & Honour," which was banned in Germany in 2000.