Germany has told EU interior ministers meeting in Brussels that it continues to oppose any inclusion of Romania and Bulgaria in the passport-free Schengen area. Britain has called for EU limits on freedom of movement. 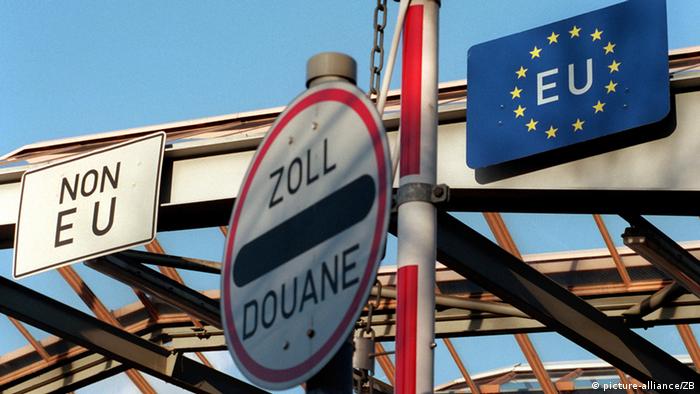 Schengen, the zone first implemented in 1995, now comprises 26 nations, including non-EU members Norway and Switzerland. Any one member can veto an expansion under the Schengen treaty, now into its third version.

If necessary, Germany would act multilaterally "outside the structures of the EU," Friedrich added, to avert what he called "abuse" of the EU's freedom of movement principle and welfare systems in individual nations.

From January 1, 2014 labor market restrictions in the wider EU on people from Romania and Bulgaria are due to be lifted - seven years after their entry into the EU.

"It's our opinion that the moment to remove border controls for these two countries has not arrived," Friedrich said, referring to Romania and Bulgaria. "Currently, I cannot estimate when the moment will come," Friedrich added.

While they had made "some progress" on implementing civil law principles, he said this was not sufficient. Their policing of aviation and maritime entry border crossings into Europe also had failings, Friedrich said.

Britain's May calls for curbs

Britain's Home Secretary Theresa May told the Brussels meeting that Britain wanted limits imposed on free movement by migrants within the EU.

Her call echoed an appeal made in April by Britain, Germany, Austria, and the Netherlands that tighter controls be imposed on migrants' access to welfare benefits.

Free access to labor markets must not lead to "mass migration," May said.

She demanded measures that would "slow full access to free movement until we can be sure that mass migration is not going to take place."

May's call was challenged by EU Justice Commissioner Vivian Reding, who said "freedom of movement is a right to free circulation," but added that it was "not a right to migrate" among member states' social systems.

Reding outlined a five-point package to tackle marriages of convenience and criteria for establishing residence status and welfare entitlements.

She added that it was up to member states themselves to fight welfare fraud.

"I will appeal to national ministers to finally do their homework," Reding said.

Germany's Friedrich said the guidelines issued by the EU were "not sufficient to solve the problems."

An EU survey published Thursday showed that 125 million residents within the EU's 28 member nations were at risk of poverty or social exclusion as economies continued to struggle.

That accounts for 24.8 percent of the EU's total population of 505 million residents.

Almost half of Bulgaria's population - 49 percent - fitted the poverty and exclusion descriptions. In Romania 42 percent were affected, in Latvia 37 percent and in bailout nation Greece 35 percent.

The lowest rates were found in the Netherlands and the Czech Republic.