Millions of Eastern European children are left behind when their parents leave to work in another country. They only see their parents occasionally, or stay in touch via Skype. New EU laws could improve their plight. 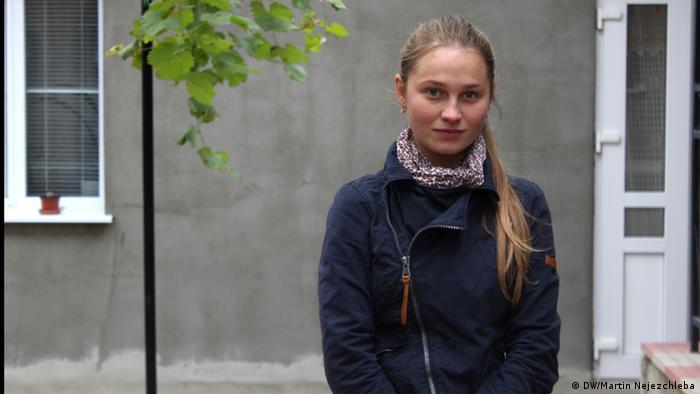 Goodbyes are the hardest part for Oksana Hemei. When she was three years old, her parents left their home in the Republic of Moldova for the first time. Three years later, her mother Jelena came back to visit for a few months. When it was time for her to leave, she sent her daughter to her grandmother's house. Halfway there, the six-year-old Oksana turned back and met her mother in the driveway of her parents' house, suitcases in hand.

Now 18, Oksana, her long blond hair in a plait, still remembers the anger that she felt as a little girl. "I was too young to understand that my mother didn't go because she wanted to, or because she liked it," she said. Today, Oksana's mother still works in Israel, caring for another family's children.

In Eastern Europe, many children grow up like Oksana – without parents. The press has dubbed them "euro orphans." Studies have shown that in Moldova, more than half the children grow up without a mother or father at some point. NGOs estimate that in EU member states like Romania, Bulgaria and Poland, for example, 500,000 to 1 million children are affected. In Ukraine, the Catholic relief charity Caritas estimates the number to be as high as 9 million. 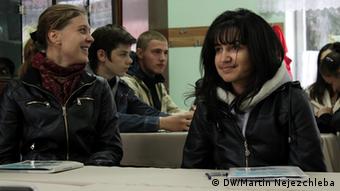 The family stories are similar, and usually take place in rural areas suffering from high unemployment. The money that parents earn there is not enough to provide the basic necessities for their families, not to mention a secure future.

And so they follow the path that so many of their fellow countrymen have taken before them, leaving home to work as harvesters, construction workers, elderly care nurses or nannies abroad. Many end up in EU member countries, often working illegally. The children are left behind, with one parent, or the grandparents, with friends or even alone.

As the school bell rings, suddenly everything is quiet in the halls of the Hyperion school with its polished stone floors. For Oksana, it's her last lesson of the day: French. Sixteen students sit in the classroom wearing their winter jackets - the school isn't heated.

Sitting next to Oksana are Diana and Adriana. Their parents also left when they were young. Adriana's parents recently came back from Israel in the summer, unemployed. Ion's mother has been working in Italy for eight years.

A girl with jet-black hair - another Adriana – sits hunched over in her black leather jacket. Her parents worked in Korea for many years, but today her mother works in Russia. In the village of Gura Galbenei, in the south of Europe's poorest country, an entire generation has grown up traumatized.

Skype instead of hugs 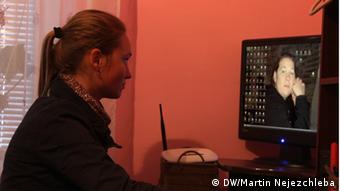 Oksana and her mom skype for hours

If you speak with experts about the impact of this family dynamic, they're quick to call it a social disaster. "It's the trauma of a child who has lost his parents while they are still alive," says Ian Feldman, a psychologist. Feldman participated in a survey on the impact of Moldova's mass migration.

Euro orphans learn that parental love is paid at regular intervals through a bank account, or by post with packages full of brand-name clothes and toys. But they lack a close relationship with their parents. Tinny voices and blurry Skype images are a poor substitute for hugs.

"The children aren't getting the affection so they look for it from other adults, and unfortunately, there are people who take advantage of that," says Feldman.

Many euro orphans have never been given any advice on where the limits of physical intimacy lie. It has been estimated that up to 10 percent of Moldovan orphans have been sexually abused. Sociologists also point out that, to make matters worse, these children have little access to medical care, eat poorly, frequently suffer from depression and have problems in school.

Last weekend, Moldova signed an association agreement with the European Union at a summit in the Lithuanian capital, Vilnius. Now, the tiny country is counting on fresh impetus to boost its ailing economy and is hoping that the free trade accord and visa-free travel within the EU can also help alleviate the plight of the euro orphans. 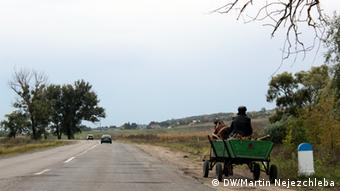 In neighboring Romania, a controversy is raging on whether membership in the EU has even had the desired positive effect. The ability to travel freely, along with better access to job markets, has led to an exodus of young Romanians looking for opportunities in places like Spain and Italy. However, Victoria Nedelciuc, a sociologist and immigration expert with the Soros Foundation in Bucharest, is convinced that EU membership has improved the situation of euro orphans.

"Romanians can move freely in the EU; they visit their children more often and the costs of travel have dropped so that the children can also visit their parents abroad," says Nedelciuc. She adds that, thanks to the travel freedoms, many families have been able to afford having their children move in with them abroad.

Nonetheless, Europe could do more for the children's well-being. Applying EU guidelines on family reunification as a standard measure across the bloc would be helpful. It might prevent migrants from giving up in the face of vast bureaucracy once they want their children to join them from a third country, "Harmonizing the EU's family laws would be a first step," says Nedelciuc.

The best way to help the children in Eastern Europe is to make sure there are enough jobs for their parents there. Oksana hopes her mother will not leave again when she next visits Gura Galbenei. Eventually, Oksana herself will leave home to go to university, maybe in the capital Chisinau, maybe abroad. She dreams of Canada and a family of her own. A family she will look after in a way Oksana was never looked after.

Moldovan Prime Minister Iurie Leanca shares his thoughts on aspirations to join the European Union. Leanca also reveals that Germany is a role model for the Eastern European country. (27.09.2013)