Germany: Biggest arms exports to Hungary, then US

Germany's Economy Ministry released data showing export licenses worth more than €22 billion ($26 billion). Hungary is the greatest recipient, followed by the US. Germany's Economy Ministry released data Sunday showing the arms industry had committed to €22.5 billion ($26.5 billion) in sales during the current legislative period from October of 2017 until this month.

The main recipients of arms export licenses over the current legislative period are Hungary with €2.66 billion in licenses and the US with €2.36 billion. 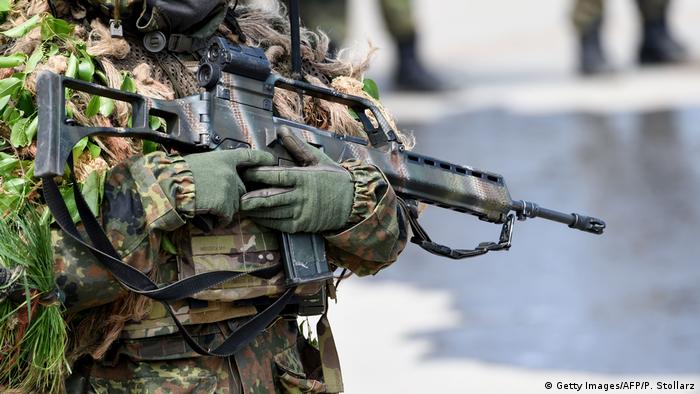 Export licenses do not refer to actual arms transfers but rather the license to permit the sale in the future. A German arms manufacturer must have an export license to sell military-grade equipment to a foreign company or entity to make that sale legally permissible.

The ten most important customers for Germany's arms industry include several non-EU and non-NATO member states, such as Algeria (€2 billion), Egypt (€1.88 billion) and Qatar (€720 million).

Increase in sales to the developing world

The information made available by the Economy Ministry comes after a request made by Bundestag MP Sevim Dagdelen of the socialist Left party.

Dagdelen is critical of German arms sales, particularly to developing countries where she says it pours gasoline on the fire of existing conflicts.

According to calculations made by Dagdelen's office and reported by the Catholic news agency KNA, the latest data represents a significant spike in licenses issued to developing countries in comparison to the last two legislative periods.

Previously, these sales accounted for 7.2% of total arms sales in the 2013 to 2017 legislative session. In the current session about to conclude, arms export licenses to the developing world account for nearly 15% of the total export licenses issued.