Berlin has approved a controversial rent cap in response to skyrocketing housing costs in Germany's capital. But legal challenges could keep the law from going into effect. 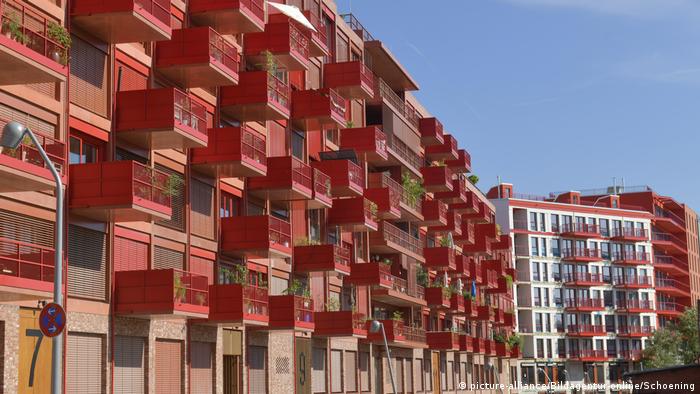 Berlin's parliament on Thursday passed a law to freeze rent prices in the rapidly gentrifying city-state for five years, becoming the first federal state in Germany to introduce a rent cap.

The new law puts a cap on residential rental prices in the German capital, where the cost of rent has doubled in the last 10 years.

The cap is pegged to go into effect mid-February and freeze rent prices until 2025. Following that, the law limits increases to 1.3% per year in line with inflation.

The move should affect around 1.5 million apartments, according to Berlin's Department for Urban Development and Housing.

The law also allows for rent prices to be lowered if they are more than 20% higher than limits set out in a local "rent table."

The cap does not include social housing or properties that were built after January 1, 2014.

The law passed by a thin measure with support from Berlin's governing coalition, made up of the Left Party, the Greens, and the Social Democrats.

Opposition parties and associations from the housing and real estate industries have strongly criticized the move. The associations have said the cap will exacerbate the problem by harming real estate investments in the city. Members of the Christian Democratic Union called the law unconstitutional and said they will challenge its legality in court.

The SPD has promised to bring rent control to other German cities.