Migrants face housing discrimination in Germany | Germany | News and in-depth reporting from Berlin and beyond | DW | 29.01.2020 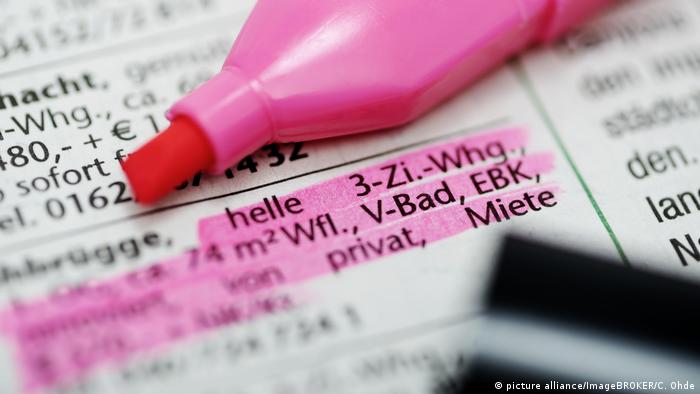 "One room, kitchen, bathroom, 40 square meters, for rent immediately, to Germans." Hamado Dipama was delighted when he found the offer in the Bavarian city of Augsburg. Before he had even finished reading, he picked up the phone and called the landlord. But the man from Burkina Faso did not get very far. As soon as the landlord heard his name, he hung up. "Only to Germans" — Dipama had overlooked the words. When a German friend of his called the same landlord a little later, he immediately got a viewing appointment.

What happened to Hamado Dipama is not the exception in Germany, according to a new study by the federal anti-discrimination office. The survey found that more than a third of people from migrant backgrounds looking for an apartment have experienced discrimination because of their origins. Rental listings don't always note that non-Germans need not apply, as in the case of Hamado Dipama. Because of their origins, 53% said they were excluded at a later stage of the apartment application process. One out of four said they paid more rent or a higher sales price for a property than German applicants.

Such forms of discrimination should not even be possible. "Discrimination in the housing market is prohibited by law," says Bernhard Franke, head of the federal anti-discrimination office. "Those affected should know their rights and, if possible, take action against discrimination," he told DW. 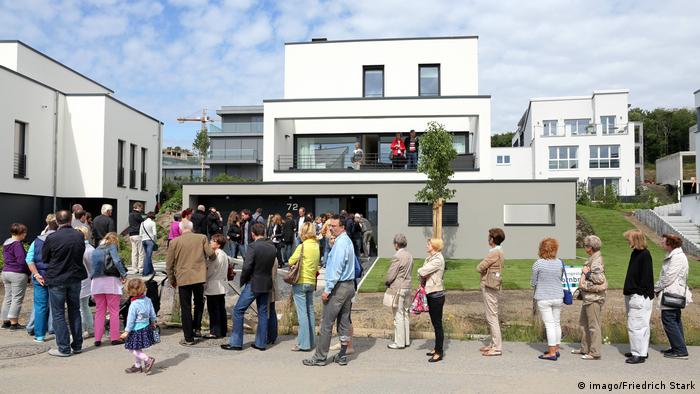 Germany's General Equal Treatment Act prohibits discrimination in many areas of life — including housing. The law lists six grounds of discrimination: age, disability, origin, gender, ideology and sexual identity. Almost half of rent-seekers have never heard of the law, according to the study, and even fewer people take action of any kind, says Franke, adding that the laws are at fault, too, — the General Equal Treatment Act "has many exceptions."

The extremely tight housing market in Germany is a problem, says Ulrich Schneider, general manager of the German Paritätischer Wohlfahrtsverband welfare association. "Many people feel they are at the mercy of the landlord," Schneider told DW. The solution is simple, he added: "We simply need more apartments — if housing were plentiful, the question of discrimination would be virtually nonexistent."

Some 41% of the people interviewed said they find the idea of renting their own apartment to a migrant worrying and 83% said they suspected racial discrimination was in fact frequent in the housing market. "This shows that despite being aware of the problem, people have reservations concerning immigrants, more so as they confront the situation in their private sphere," said Bernhard Franke.

Read more: Tips for apartment hunting and moving in Germany

"In Germany there are huge prejudices against foreigners or people of foreign origin," said Ulrich Schneider, who attributes the study's findings to a structural social problem. They are precisely the structures that enable a party like Alternative for Germany to spread its far-right ideas, he argued.

Hamado Dipama from Burkina Faso, brushed off by the landlord because he was not German, was aware of his rights, and he stood up for them. An Augsburg local court accordingly fined the landlord €1,000 ($1,100) in December last year.

Five hundred years after the Fuggerei estate was opened in Augsburg, the rents remain under €1, and diverse people facing financial hardship still have housing security.