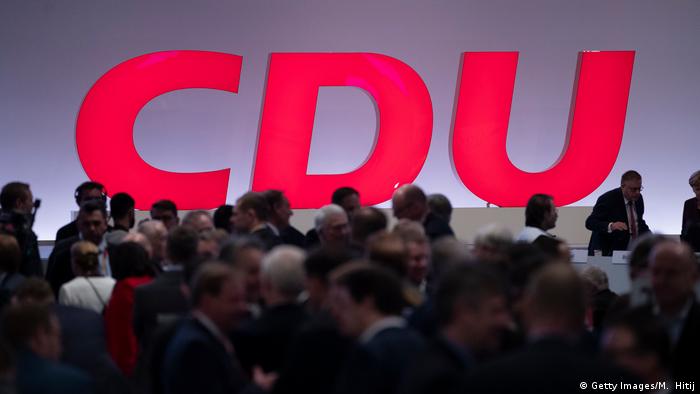 Kramp-Karrenbauer said the choice of CDU leader made at the upcoming congress would send a clear signal about who will run for chancellor for the party in next year's federal election. She also said potential candidates would announce this week whether they want to run.

German broadcaster N-TV and news agency DPA earlier reported that party sources said the extraordinary congress would happen on April 25 or May 9, but Kramp-Karrenbauer has now confirmed it will be the former.

Merkel's initial heir apparent resigned as party leader earlier this month following the controversy surrounding her party's cooperation with the far-right Alternative for Germany (AfD) party in the eastern state of Thuringia.

The furor erupted over the ousting of the socialist Left party state premier. This spurred a national scandal after it was revealed center-right parties CDU and the business-friendly FDP had voted in league for the first time with the anti-immigration party, despite repeated vows not to work with the AfD at any level. The move was seen as Kramp-Karrenbauer's grip on the party further slipping.

Kramp-Karrenbauer, who is also defense minister, has faced criticism from within the party for a series of gaffes and for presiding over several electoral defeats for the CDU at state level.

Merkel, who has served as German chancellor for almost 15 years, has already confirmed she will not run again.

A YouGov poll conducted on behalf of Germany's DPA news agency shows Friedrich Merz, a long-time rival of Merkel, is the most popular name in the race to replace her.

Some 18% of respondents would like to see Merz, a former parliamentary group leader, leading the CDU and its Bavarian sister party, the Christian Social Union (CSU), into the election campaign.

Some 43% of respondents declined to endorse any of the five men.

So far, only Röttgen has formally announced that he will be seeking to be the CDU's party leader.