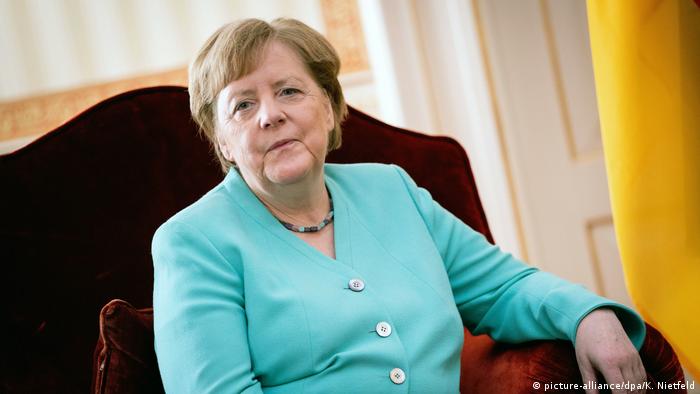 German Chancellor Angela Merkel said she would not interfere in the search for the next Christian Democratic Union (CDU) candidate.

"I won't interfere in the issue of who will lead the CDU in the future or who will be the candidate for chancellor," Merkel told a news conference.

The announcement follows the resignation of Merkel's previously tipped successor, Annegret Kramp-Karrenbauer. Kramp-Karrenbauer announced that she would step down after a state premier was elected with the backing of the far-right Alternative for Germany (AfD) party and the CDU in the eastern state of Thuringia.

She also gave up her ambitions for running as party chair, as she said she believed one person should do both, which had been standard practice before she took over as chair.

Read more: Annegret Kramp-Karrenbauer — a battle is won, but the war isn't over

The party is now scrambling to find a new candidate for the post. Potentials include Norbert Röttgen, the head of the Bundestag's foreign affairs committee and a former environment minister under Merkel; Armin Laschet, the premier of Germany's most populous state, North Rhine-Westphalia; Health Minister Jens Spahn; and the CDU's former parliamentary group leader, Friedrich Merz.