The debate on the meeting between German football players Mesut Özil and Ilkay Gündogan with Turkish President Recep Tayyip Erdogan continues. Many are wondering how much influence his AK party has in Germany? 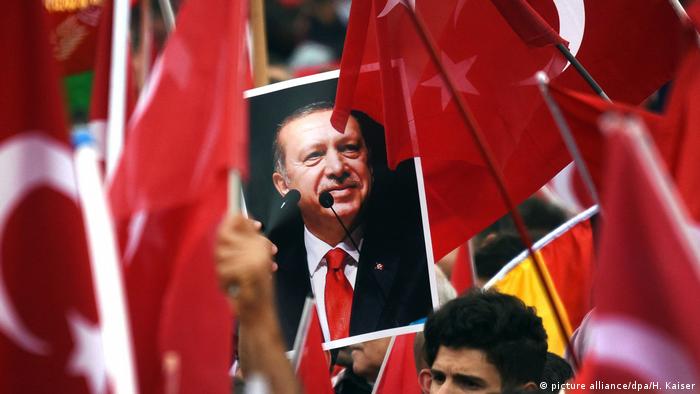 Germany is seeing, once again, a lively debate on the integration of its nationals with Turkish roots. It has a similar intensity to the one that took place a little more than a year ago, when, in April 2017, 63 percent of Turkish voters in Germany cast their ballots in favor of a constitutional reform and the introduction of a presidential system in Turkey.

Now, those divisions have surfaced again, and the role of Recep Tayyip Erdogan's ruling AK party – along with its activities in Germany – faces increasing scrutiny in the process.

"The AKP's influence must not be underestimated. Compared with the rest of Europe, Germany is the home of the majority of AKP supporters," says Hülya Özkan-Bellut. In her book "In Erdogan's Sights," the journalist explains why the Turkish president is interested in radicalizing Turkish-Germans. "Every single vote counts, especially now, in an era in which the AKP's absolute majority is beginning to crumble."

Read more: Opinion: Turkey getting one last shot at democracy 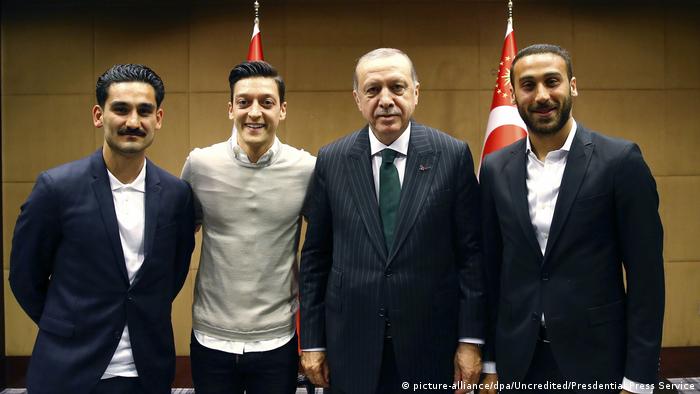 And they're having a easy ride, says Özkan-Bellut: after arson attacks against buildings inhabited by Turks, the NSU killings and former SPD politician Thilo Sarrazin's racially charged views on immigration, Turkish Germans had become increasingly disenchanted and angry over the last couple of years, feeling marginalized.

"Erdogan, on the other hand, respects their lifetime achievements and strengthens their self-confidence. He takes advantage of the dissatisfaction felt by a sizeable proportion of Turkish-Germans, thereby winning their hearts," the journalist explains.

Snap parliamentary and presidential elections will take place in Turkey on June 24. In Germany, some 1.4 million Turks are eligible to vote. They will be able to cast their ballots from June 7.

Last summer, the German government stipulated that three months ahead of elections in their home country, foreign politicians are not allowed to stage campaign events in Germany. Erdogan will, therefore, be unable to campaign on German soil. But he found another way - the ruling AK party immediately posted tweets on all channels that contained images showing German footballers Özil and Gündogan - who have Turkish roots and play for the German national team - with President Erdogan.

Far-right populists like the Alternative for Germany (AfD), in turn, retaliate by exploiting the photos in order to incite hatred against people of Turkish descent. Turkish officials have been denouncing this for years in talks with their German counterparts, calling for countermeasures.

However, the focus has now shifted to the issue of how serious are Germany-based institutions like the UETD when they claim to "see to it that, on the basis of dialogue and cooperation, European Turks become reputable, respected and active citizens in the country they live in" while they maintain ties with the AKP?

In December 2017, the German government identified – in the wake of the failed coup attempt in Turkey in 2016 – "increased attempts by the Turkish state" to exert influence over the more than three million people that include the Turkish diaspora and Germans of Turkish origin living within German borders. Those attempts were undertaken by "Turkish diplomatic missions in Germany" as well as by institutions like DITIB and UETD.

In addition, the Interior Ministry of the state of North Rhine-Westphalia discovered that "Erdogan supporters active in social networks regularly call for the denunciation of 'enemies of the state.'

The "Osmanen Germania" biker gang in particular found itself at the center of attention of those responsible for protecting the constitution. Not only could ties between its leaders and AKP representatives and confidants of Erdogan be established, but Turkish authorities apparently also support the biker gang "in its 'fight against terror' targeting the PKK (Kurdistan Workers' Party), left-wing extremist Turks, and the Gülen movement." 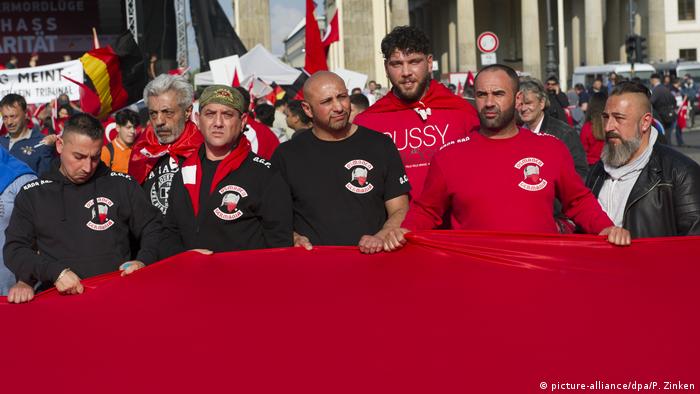 Members of the 'Osmanen Germania' biker gang, seen here in front of the Brandenburg Gate

"We should not overestimate the AKP's influence," argues Yasar Aydin – the social scientist and Turkey expert doesn't see any self-reflection or self-criticism emanating from DITIB, but he points out that Turkish-German Muslims need an institution that organizes religious life, including funerals and Friday prayers. First and foremost, Aydin rejects pigeonholing: "The equation according to which an AKP supporter is not integrated into German society and a critic of Erdogan is does not work."

In addition, there had been other attempts to exert influence over Turkish-Germans before the AKP came to power. "We tend to forget that because the party has been governing Turkey for 16 years," Aydin said. But those attempts would continue if, for example, the Republican People's Party took over.

"Only the means and the rhetoric would be different." It is perfectly normal, he says, for nations with citizens scattered across other countries to try and establish contact with them in order to build bridges. The important point, however, was that a foreign nation should not interfere with the integration process in Germany. "And in this area the AKP has made many mistakes," says Aydin.

Journalist Özkan-Bellut says containing the AKP's influence in Germany is actually very simple. "Germany has to accept Turkish-Germans as equal citizens, and it must make a clear commitment to Turkish-Germans living in the country instead of exploiting them, over and over again, for the purposes of party politics."

"Erdogan will be gone one day, but the majority of Turkish-Germans are here to stay," she points out.

Yasar Aydin agrees – the photos that show Özil and Gündogan with Erdogan may well be subject to criticism, "but they should not be regarded as an incentive to demonize an entire group of people."

German police have raided apartments of four men suspected of carrying out espionage on behalf of the Turkish government. The men, said to be clerics, are accused of spying on supporters of cleric Fethullah Gulen. (15.02.2017)